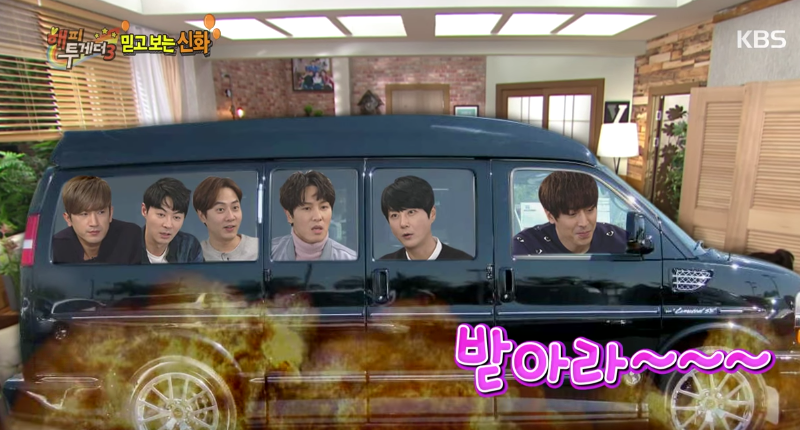 You don’t last almost 19 years as one group without a long list of stories to tell.

During their appearance on KBS2’s “Happy Together,” veteran idol group Shinhwa revealed in what ways their relationship as a group has changed, and it what ways it hasn’t.

Curious to know their secret to maintaining their original line up, the MCs asked them if they really haven’t ever considered breaking up.

Shin Hye Sung started to explain, “Of course we did fight, since we are six men around the same age.” At that moment, Eric jumped in, and talked about how he and Shin Hye Sung often clashed, because their personalities are “like water and oil.” 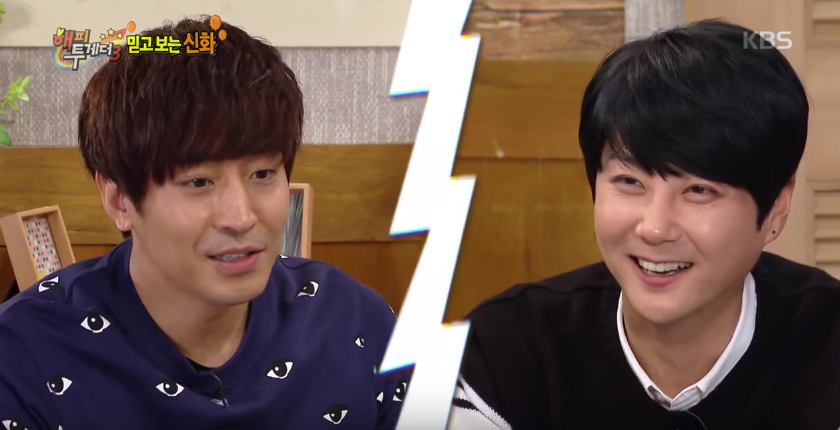 Eric explained that he even liked to push Shin Hye Sung’s buttons, and even once purposefully fell asleep in his room, knowing that it would rile the other up. He continued, “When I show physical affection to the other members, it’s natural. But Shin Hye Sung reacts strongly, which makes me want to do it more.” However, this has changed because “now days, he’ll [reciprocate], so I hate it,” Eric jokingly said.

The other members chimed in that Eric is still a prankster, and that he once told them to suddenly roll up the windows while they were in the car. While everyone else was worried, Eric then passed gas, and amusingly shouted, “Smell it!”

Looks like things haven’t actually changed that much over the years! Watch the whole hilarious episode below.

Happy Together
Shinhwa
How does this article make you feel?