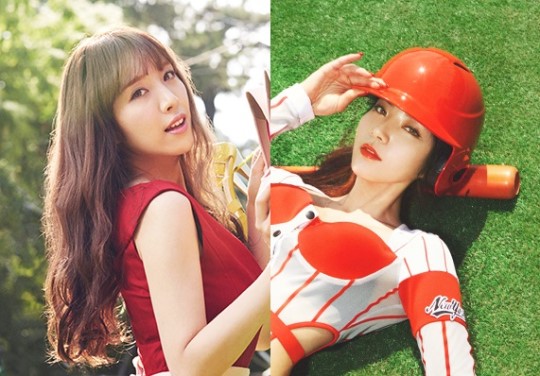 Brave Entertainment has announced that Brave Girls’ Yoojin is leaving the group, while Hyeran is taking time off indefinitely.

January 13, Brave Entertainment said, “We apologize for bearing bad news to all the fans that had been waiting for Brave Girls’ comeback for a long time. We’re officially announcing that Yoojin and Hyeran, who have been with Brave Girls for the past five years, are finishing their time with Brave Girls as of January 13.”

The agency explained that for Hyeran, it’s a hiatus. “Due to a sudden worsening of Hyeran’s health, we determined that it wouldn’t be possible for her to promote with Brave Girls [at this time]. Putting our artist’s health first, we decided after much discussion that Hyeran would be taking a temporary leave from the group.”

Yoojin, after much deliberation, decided that she wants to focus on her education and preparations for studying abroad.

Brave Entertainment announced that they will not be adding any new members, and will move forward with Minyoung, Eunji, Yuna, Yujeong, and Hayun. “The five members are preparing for a new release in February or March, and from that point we will be actively promoting the group member’s collective and solo activities,” said Brave Entertainment, asking for fans to support and encourage Yoojin and Hyeran.

Yoojin
Brave Girls
Hyeran
How does this article make you feel?