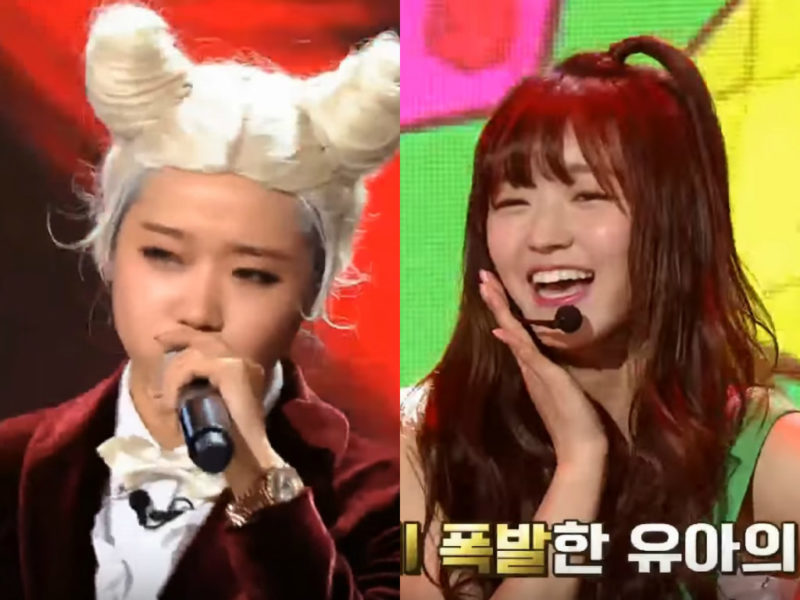 Watch: I.O.I’s Choi Yoojung And Oh My Girl’s YooA Battle It Out On “Golden Tambourine”

I.O.I’s Choi Yoojung and Oh My Girl’s YooA went up against each other in a karaoke battle on the January 12 episode of “Golden Tambourine.”

Choi Yoojung’s choice of song was Block B’s “Very Good.” The idol started off strong, bursting onto the stage in a clown mask which she later pulled off to reveal the exact same hairstyle that Zico had in the music video. Her perfect mimicry of Zico’s expressions and faultless rapping had the audience cheering from the start till the end.

While Choi Yoojung’s performance may have gotten YooA nervous at first, the latter showed no signs of it as her stage began. The idol performed Lee Hyori’s “U Go Girl” in a refreshing cover that captured the audience’s hearts and had them bopping along. Even the male members of the opposing team could not resist YooA’s charm when she threw a wink to them.

Both girls presented impressive performances, but Choi Yoojung emerged victorious with 91 votes. Watch their stages below!