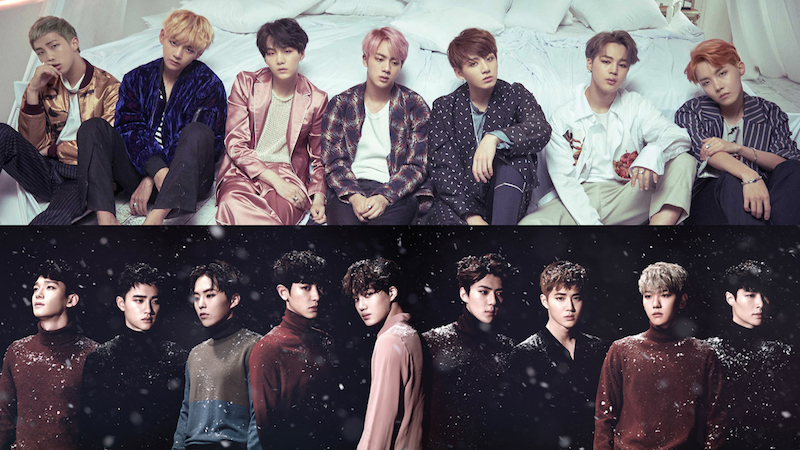 Although Part 1 of the 31st Golden Disc Awards has now come to an end, we still have plenty to look forward to in Part 2!

The 31st Golden Disc Awards are being held over two days, with Part 1’s ceremony on January 13. Be sure to check out the winners and the performances from the exciting night!

While Part 1 of the ceremony focused on awards for digital releases, Part 2 on January 14 will feature awards for physical album releases, as well as a line up that includes EXO, BTS, SHINee, INFINITE, Rain, and more.

Solo artist Rain is currently preparing for a comeback on January 15, and he will give viewers a sneak peek of his new track with his first comeback performance at Part 2 of the 31st Golden Disc Awards. He is also set to perform his classics “It’s Raining” and “Rainism” at the ceremony.

The show will also feature a special stage that celebrates the work of Big Hit Entertainment founder Bang Si Hyuk. VIXX’s Ken and GOT7’s Youngjae will be teaming up to perform 2AM’s track “Never Let You Go,” which was written and composed by Bang Si Hyuk. Girl group I.O.I will perform a cover of Park Ji Yoon’s “I Fell in Love,” which Bang Si Hyuk composed.

Big Hit Entertainment’s hit group BTS will be taking part in the special stage by covering a 2009 track composed by Bang Si Hyuk for 8Eight, the popular ballad “Without a Heart.”

In addition, EXO will be taking the stage to perform their track “For Life” off their recent winter special album for the first time.