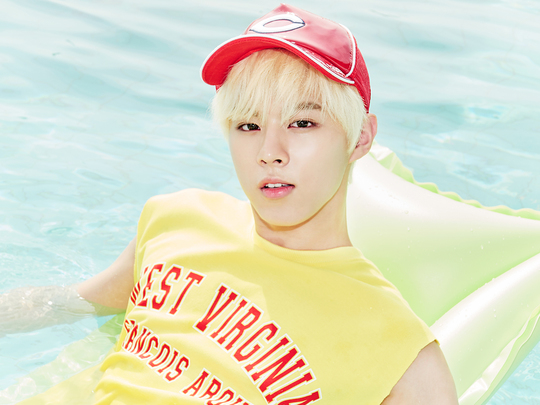 On January 14, T.O.P Media released an official statement regarding the spread of false rumors about UP10TION’s Wooshin.

The agency stated, “We are taking legal action against maliciously edited content, the quickly spreading false rumors, and attacks found in posts and comments about the video message featuring Wooshin and Somi that was released on December 24 by ‘The Show’ through Twitter.”

The statement continued, “Despite representatives from ‘The Show,’ the MCs themselves, and both agencies revealing the truth, our artist is being insulted and words of defamation continue to be spread. Edited content is being created with the intention of slander, so we have completed the process of filing a lawsuit for the spreading of false rumors and contempt.”

The agency concluded, “Also, in order to prove that the video created misunderstandings because of the filming angle, we have submitted the results of the video’s analysis at an image research laboratory.”

Previously, the controversy first began when it appeared to some people as though Wooshin had placed his hand on Jeon Somi’s chest area in their Christmas message video.

UP10TION
Somi
Kim Woo Seok
How does this article make you feel?