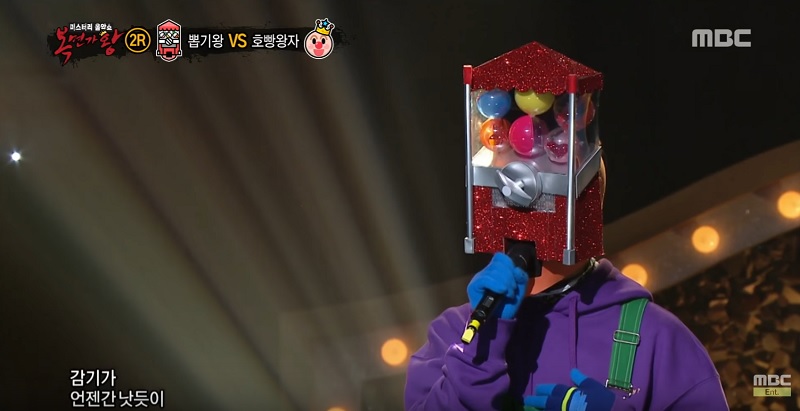 On the January 15 episode of “King of Masked Singer,” masked singers “If You’re Curious, Give Me 500 Won: King of Toy Machines” and “Prince Anpanman” went up against each other in the second round of the episode.

The contestant “If You’re Curious, Give Me 500 Won: King of Toy Machines” performed Kim Bum Soo’s “It Will Pass,” which he delivered with such passion that he received great praise from the panel. However, the victory was ultimately accorded to “Prince Anpanman,” for his stellar song-and-dance rendition of Taeyang’s “Look Only At Me.”

“If You’re Curious, Give Me 500 Won: King of Toy Machines” then took off his mask, revealing himself to be none other than GOT7’s main vocalist, Youngjae! 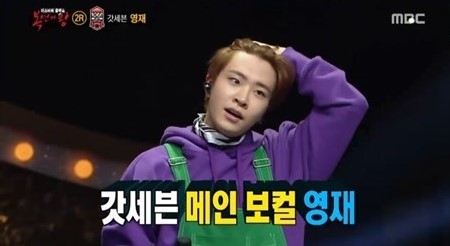 Talking about how he felt, Youngjae said, “[For my solo parts,] it’s mostly ad-libs, so I feel really happy that I could show more [of my singing] through ‘King of Masked Singer.'”

In the waiting room interview, he said that he would read through comments on his singing, and revealed, “Even if there were 100 positive comments, I would focus on the single negative comment. [There was] a long criticism that analyzed my vocals, and as I read it alone, I cried my eyes out without anyone knowing. [But] ‘King of Masked Singer’ helped me regain my confidence.”

GOT7
Youngjae
The King of Mask Singer
How does this article make you feel?