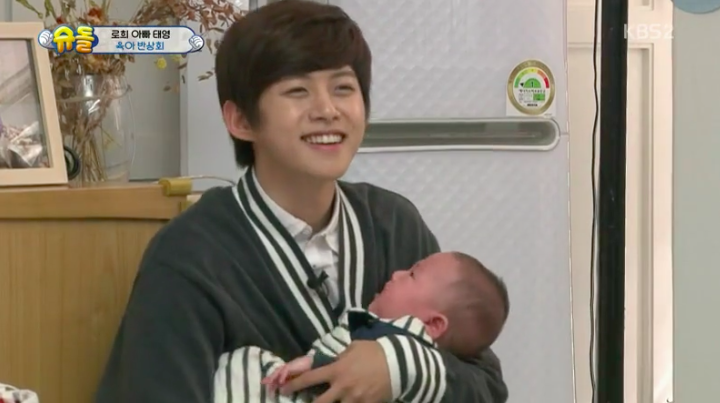 Dongho Bonds With Ki Tae Young (+ Rohee!) As They Talk About Childcare

Former U-KISS member Dongho, who became the youngest K-Pop idol father over the summer of 2016, made a surprise appearance on the recent episode of “The Return of Superman.”

The January 15 broadcast of the KBS variety show saw Ki Tae Young invite actor Park Kwang Hyun over to his place. The two actors became close after appearing on the drama “School.” As they were chatting, Ki Tae Young remembered that Dongho lived near him and decided to invite him over as well. 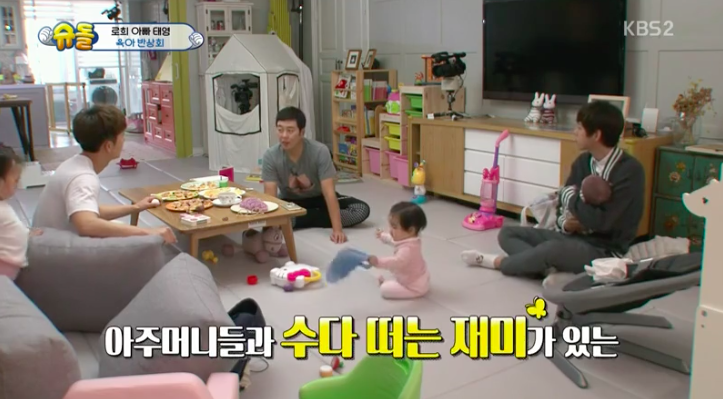 As the three dads sat together on the floor of the living room and chatted about childcare and fatherhood, Ki Tae Young asked Dongho, “Do you take care of your baby a lot?” Dongho answered, “I’m not sure if this is a good thing or a bad thing but I’m not working a lot these days so I do watch the baby a lot.”

Ki Tae Young then wondered what the most difficult part of childcare is for him. Dongho explained, “Everything is difficult. There isn’t anything that is not difficult. But my baby is so beautiful that I forget about those things,” as all the fathers wholeheartedly agreed with him. When Park Kwang Hyun asked how he feels about becoming a father at such a young age, Dongho replied that he will probably realize everything better in ten years, when he is thirty and his child is entering elementary school.

Later on, as Dongho struggled with his child who kept crying and and didn’t want to take a nap, Rohee noticed and walked over to him. She brought over a present and placed it gently next to him and walked away as her way of trying to console the crying baby. 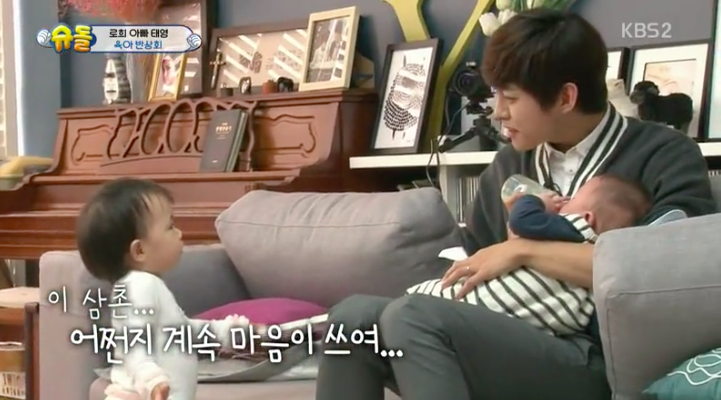 Check out the episode on Viki here below.

The Return of Superman
Dongho
How does this article make you feel?