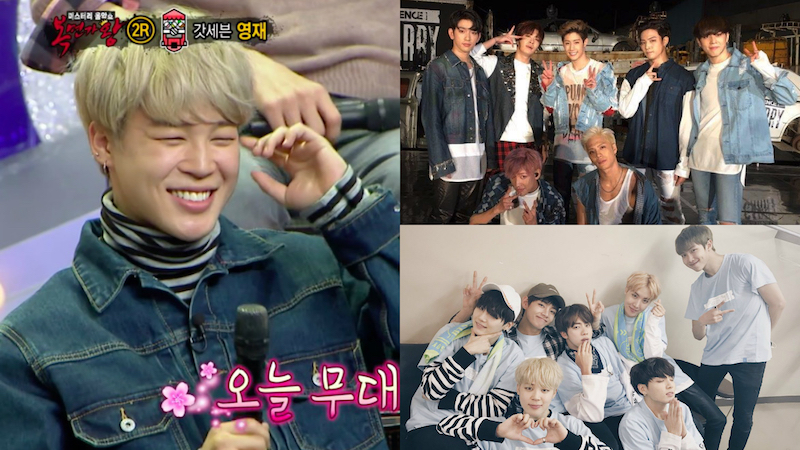 While appearing as a guest panelist on this week’s episode of “King of Masked Singer,” BTS’s Jimin delighted fans of both BTS and GOT7 by mentioning the group’s friendship.

On last week’s episode of the popular competition show, Jimin was teased by the hosts and fellow panelists when he guessed that two of the disguised contestants (King of Toy Machines and Robot Fanatic) were singers in their teens who had debuted after him.

He quickly realized that he might have offended them if they were his seniors, and apologized profusely when Robot Fanatic turned out to be his senior, former MBLAQ member and current solo artist Thunder, who laughed off Jimin’s guess and said it was a good comment.

When the competition continued in January 15’s episode, Jimin was nervous when King of Toy Machines performed in the second round, because he was worried he might also be revealed to be his senior!

After King of Toy Machines performed Kim Bum Soo’s “It Will Pass,” he danced to AOA’s “Miniskirt” as part of the talent portion. Naturally, host Kim Sung Joo put Jimin on the spot by asking him if either of the two contestants in the round seemed like idols.

Jimin hesitated and sighed as he considered it carefully, and then made everyone laugh by asking the contestant directly, “King of Toy Machines… Are you my senior?” 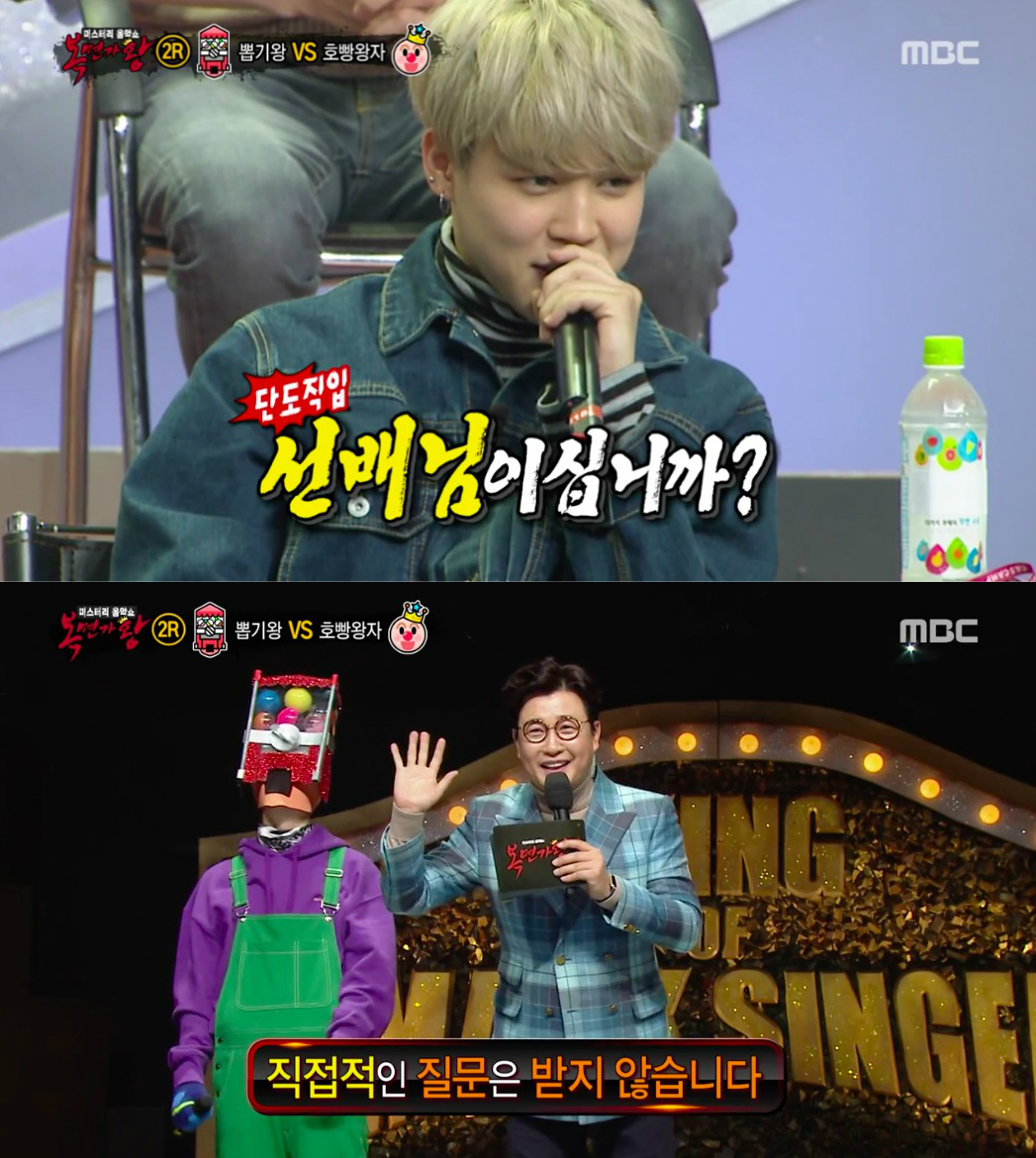 Jimin commented, “I’m not sure. Last week, he seemed very young, but this time when I was watching him I became worried that he’s my senior.” 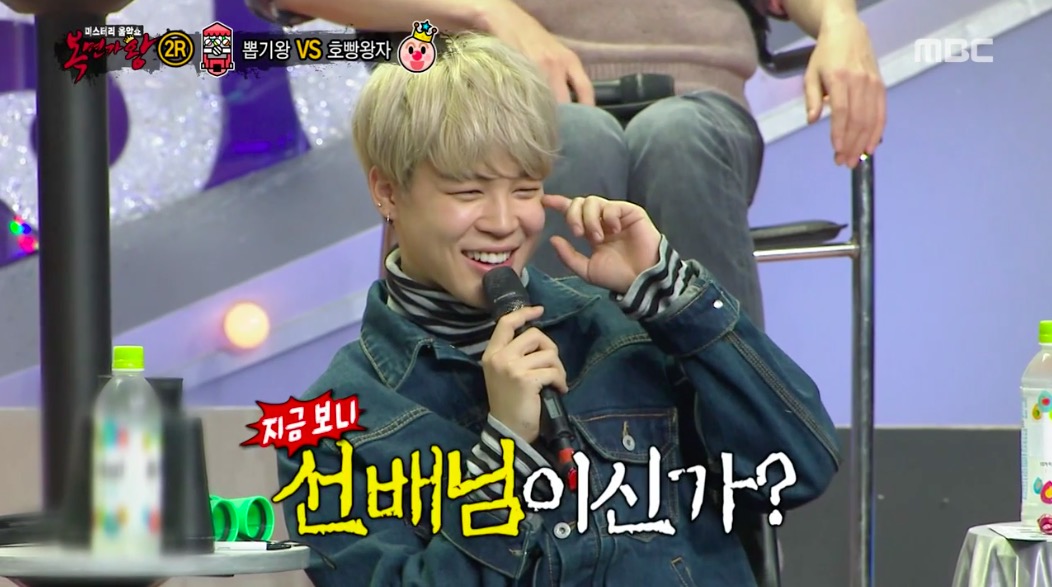 King of Toy Machines ended up losing the round, and Jimin yelled “I’m so relieved!” when the contestant’s identity was revealed to be GOT7’s main vocalist Youngjae.

After talking to Youngjae, Kim Sung Joo pointed out that Jimin had been worried about whether Youngjae would turn out to be his senior or junior. “I’m his junior!” confirmed Youngjae with a laugh. 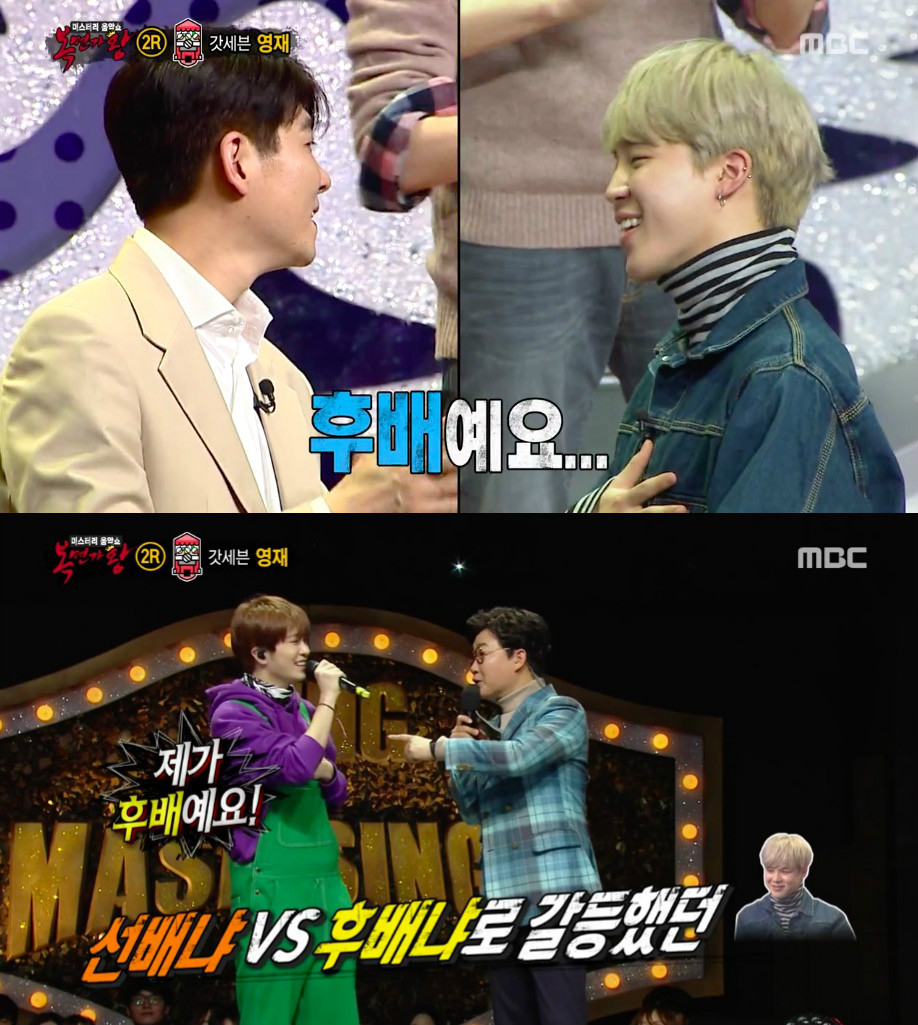 Jimin bowed his head to him as he said formally, “Thank you for not being my senior.” 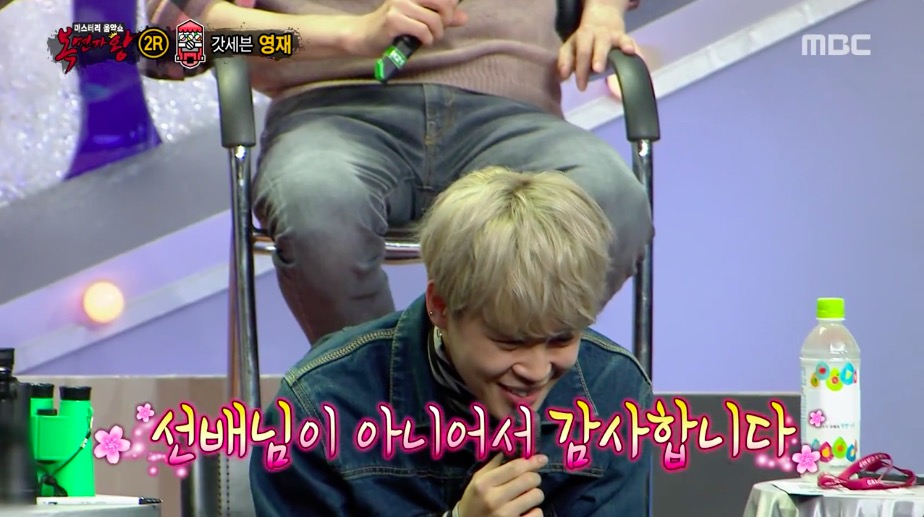 Jimin explained that he had guessed that Youngjae was his senior because his performance had seemed so mature. “Their group is really like our friends!” he added. “I know them well.” 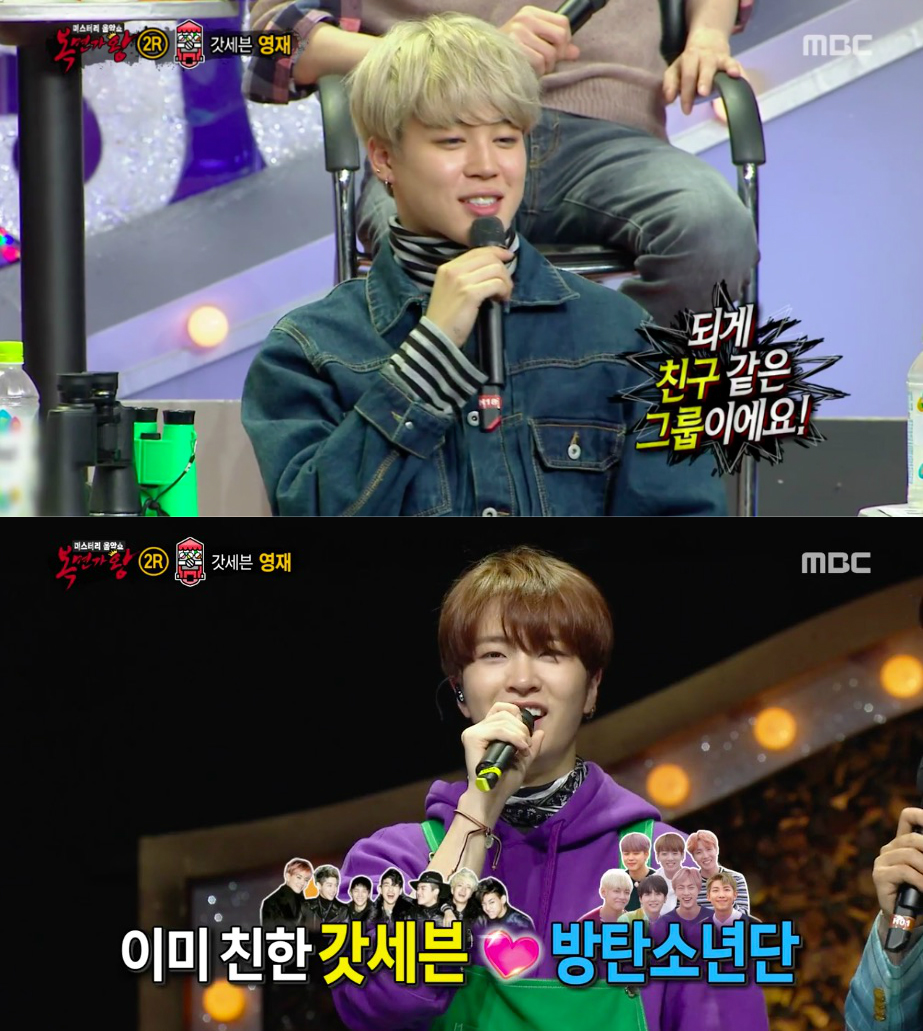 Kim Sung Joo then asked Jimin, “Even though he’s your junior, he sings well, right?”

“I think he’s better than me,” replied Jimin. He then cracked everyone up by adding with another bow, “I’m not a main vocalist.” 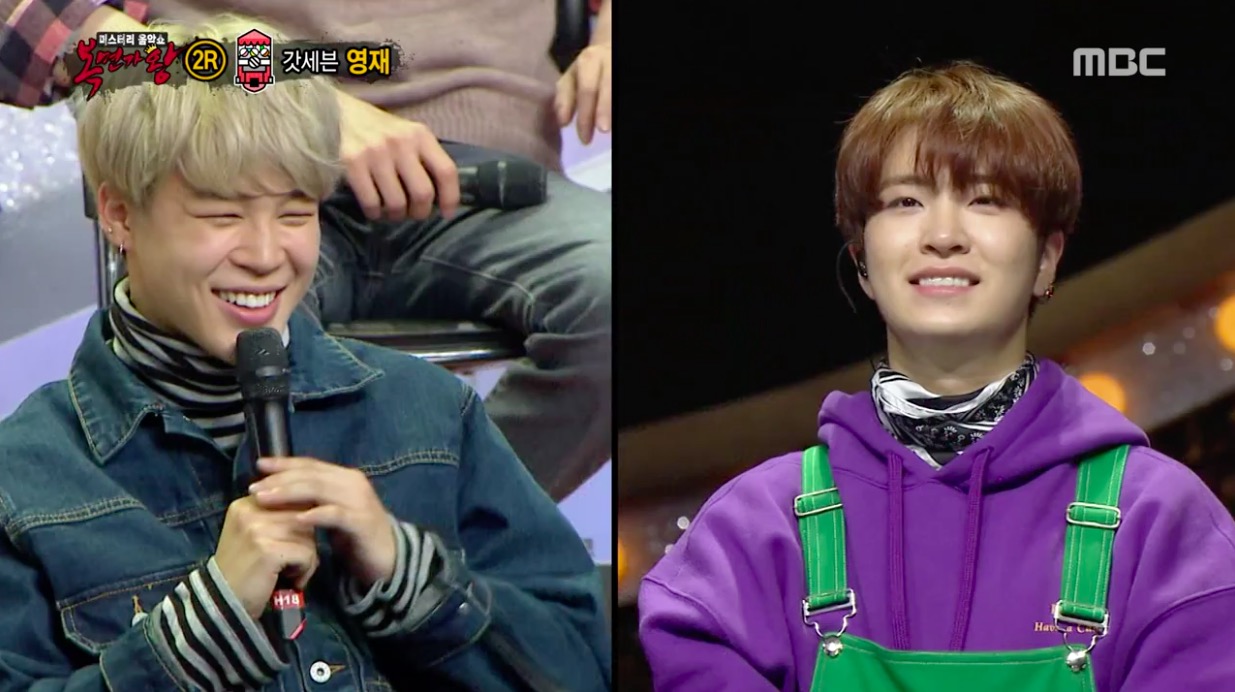 GOT7
BTS
Kim Sung Joo
Youngjae
Jimin
The King of Mask Singer
How does this article make you feel?