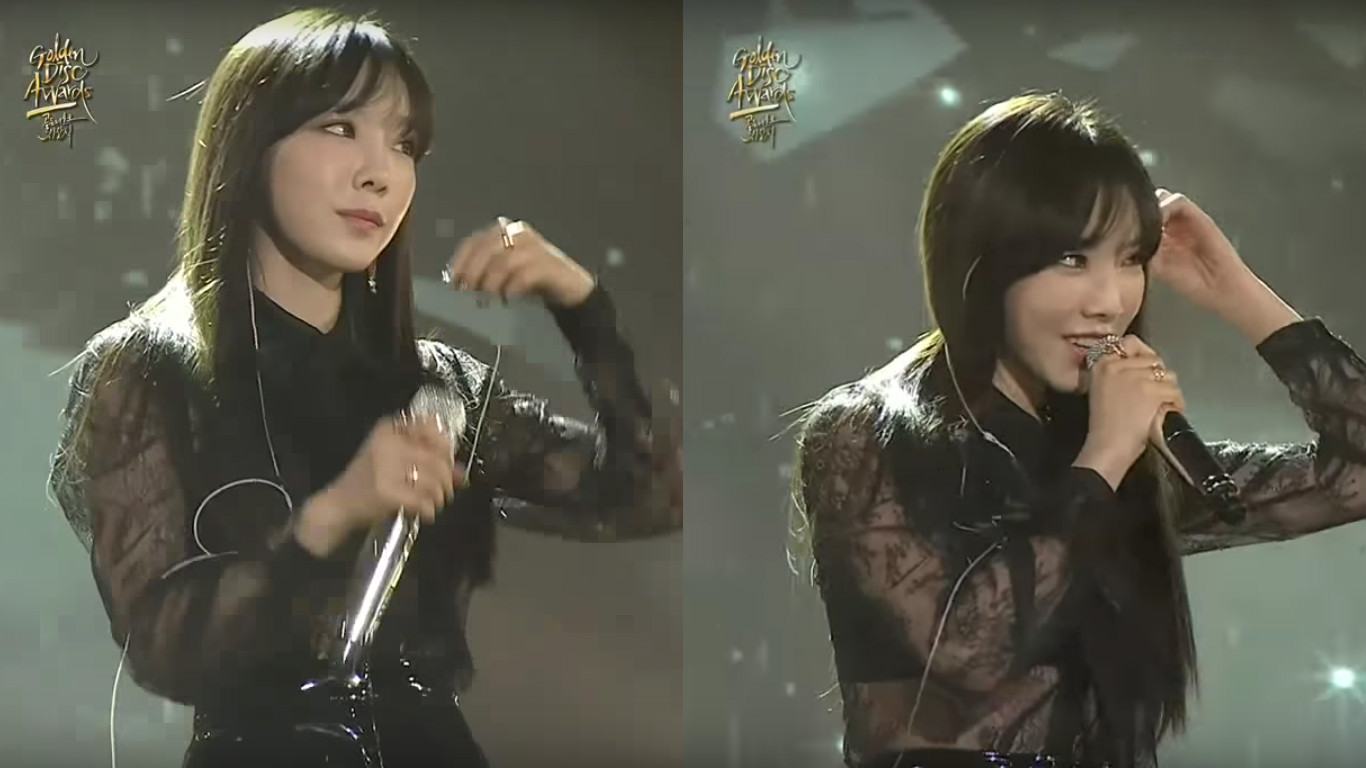 You may have noticed that Taeyeon was having some trouble with her ear piece during her performance at the 31st Golden Disc Awards.

Taeyeon had appeared from the back of the stage as rehearsed, but due to a misunderstanding with the staff, she was unable to put on her ear piece. She got on stage with the equipment in her hand and was seen putting it on during the instrumental break of her song. Fans were impressed by the professional way she dealt with the problem, but they were also upset that she had to go through that.

The staff at the awards ceremony said, “We had issues with the audio during Taeyeon’s performance. We made a mistake about the path Taeyeon would take to go on stage, and she ended up going on stage without her ear piece equipped. We apologize to Taeyeon and her fans. We are sorry that she couldn’t give the perfect performance she had shown us at the rehearsal.”

You can take a look at Taeyeon’s performance of “Rain” at the 31st Golden Disc Awards below.

Taeyeon
31st Golden Disc Awards
How does this article make you feel?