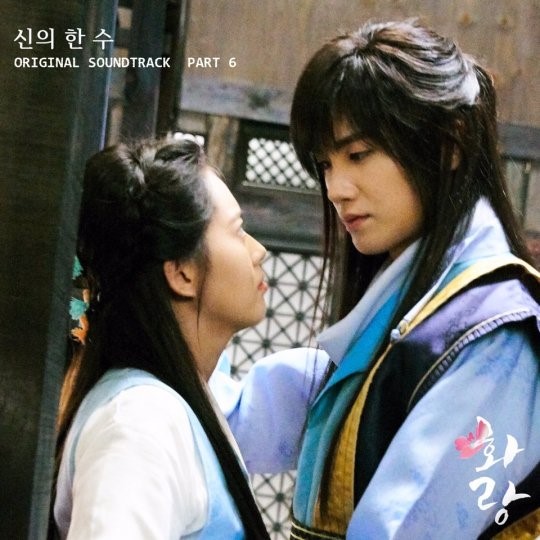 The sixth OST of KBS 2TV’s Monday-Tuesday drama “Hwarang” has been revealed.

“Hwarang” is rising as a highly-enjoyable drama that follows the shining story of youths as they figure out their place in life. The energetic and bright moments mix with a heart-breaking love triangle to captivate the hearts of the drama’s viewers.

What is making the drama even better are the accompanying songs. Starting with Han Dong Geun’s “Wherever You Are,” the drama has released songs like BTS’s V and Jin’s “Even If I Die, It’s You, ” Bolbbalgan Sachoongi’s “Dream,” Red Velvet’s Wendy and Seulgi’s “You’re The Only One I See,” and Hyorin’s “Becoming Each Other’s Tears.” All five songs have been well-received and have helped express the variety of emotions displayed by the characters in the drama.

“Hwarang” will now be releasing its sixth OST featuring BEAST’s Yang Yoseob. His track “A Skill of God” (literal title) will be released at midnight on January 17.

“A Skill of God” was composed by Oh Jun Sung, the music director of “Hwarang.” Yang Yoseob’s unique vocals will mix with a medium tempo, synth-pop ballad to create the new track. The song has already been featured in the drama multiple times, and is said to amplify the love and friendship of the characters. Requests have been flooding in for the OST to be released.

Kim Joo Na’s acoustic version of the same song will also be released, and viewers will be able to enjoy the singer’s charming vocals and ability to express the finest emotions.

With Yang Yoseob and Kim Joo Na joining the “Hwarang” OST lineup, many are curious to see who will be next.

You can start watching “Hwarang” below, if you haven’t yet!