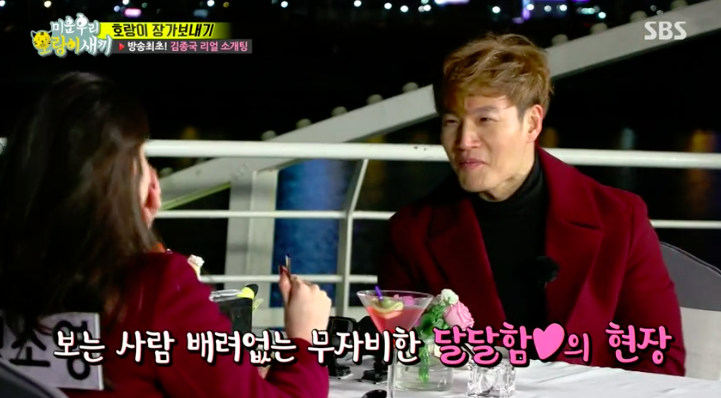 Despite years of being bullied and scared by Kim Jong Kook, the cast of “Running Man” joined together to support their favorite “Sparta” commander and give him a proper blind date. But it wasn’t without the typical hijinks and tricks that made us love the “Running Man” cast! Was it a successful date? 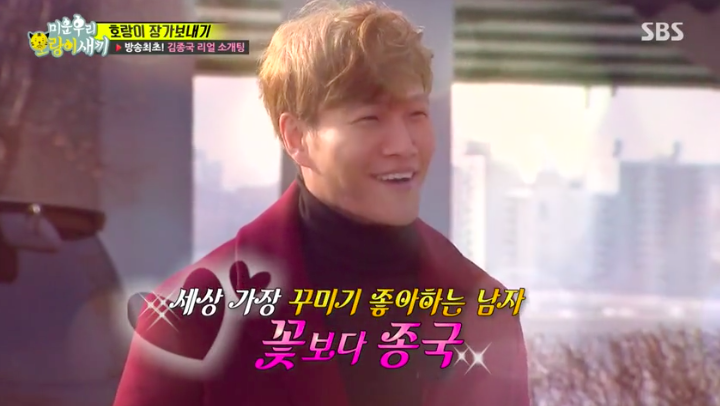 The January 15 episode of the SBS variety show featured the second part of the “Member’s Week” special in which the cast members get to decide the theme of the show. For Kim Jong Kook, however, he decided to give the reins over to the writers and let them decide. Therefore, the writers announced that the theme was “Let’s Send Our Tiger Off To Marriage!”

It wasn’t without a caveat, however. Every step of the date, the members would have to complete missions to determine the important factors for Kim Jong Kook, such as which car he’d use to pick up his date, what type of food he’ll eat, and where to conclude the date. 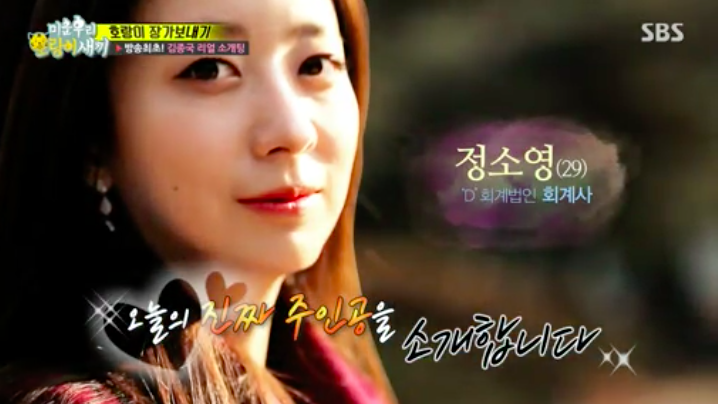 After enduring some teasing from his cast members for his uncharacteristically classy outfit, Kim Jong Kook gave his date a call and went to pick her up. His date was revealed to be a non-celebrity, twelve years his junior, named Jung So Young, who works as a CPA. After a brief moment of panic when he realized that they were both wearing the exact same color, he finally met her and brought her to the car. Unfortunately for him, because he had failed in his first mission, he had to take her in a van with the other rowdy cast members. 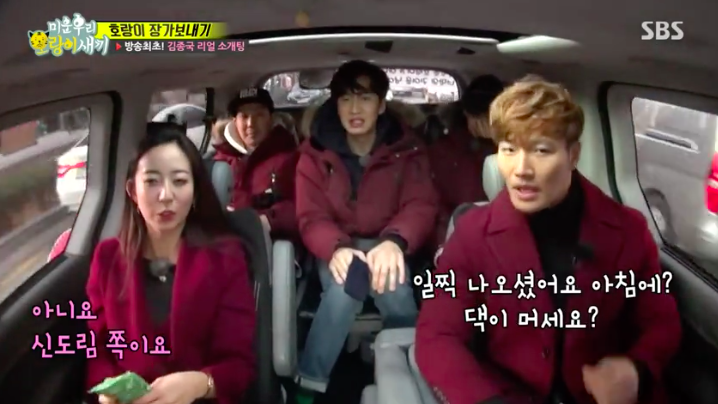 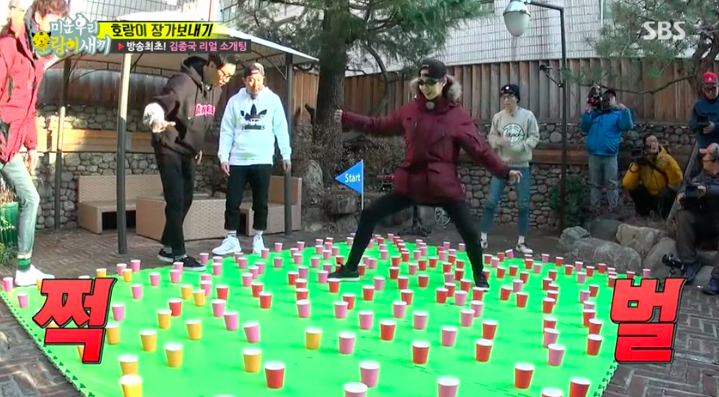 The cast members, nonetheless, worked hard to ensure a good date for him, including missions of stepping through ‘land mines’ of plastic cups with their eyes covered. Song Ji Hyo even had a brief time to chat, woman-to-woman, with Jung So Young. She explained about the Kim Jong Kook that she’d gotten to know throughout their years together, as the producers hilariously played music from the movie “My Sassy Girl” in the background. 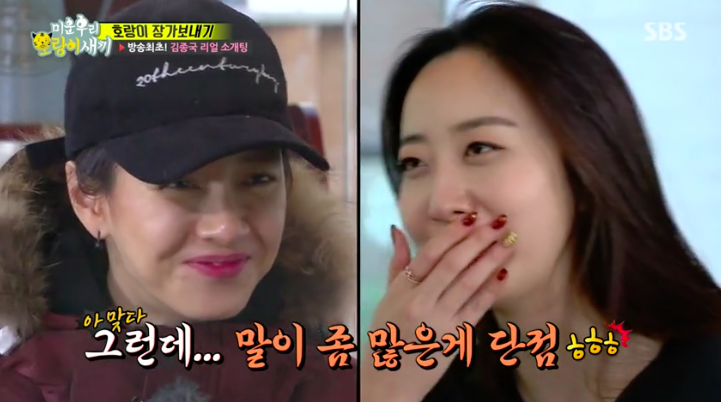 After some funny antics throughout the rest of the date, including a surprising visit from his actual older brother, who came by secretly to watch their meal with the rest of the cast and roast him, it came to the last step of the date. Kim Jong Kook had a limited number of coins to successfully win a doll from the claw machine and after some anxious moments, he won a doll, which meant that he could end the date on board a yacht, instead of a paddle duck boat. 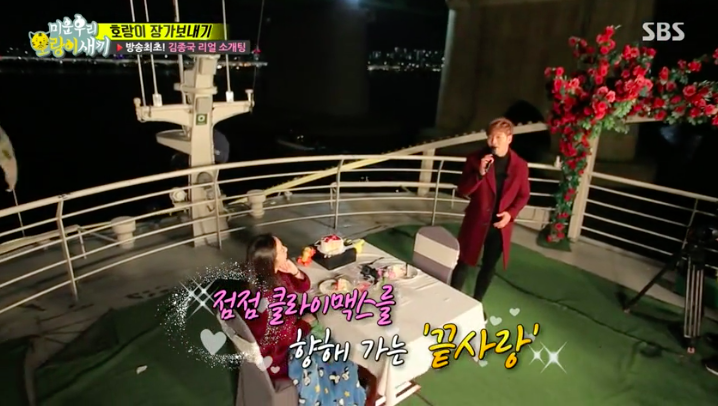 Kim Jong Kook brought out all the stops for the last portion of the date, even singing a romantic song for her onboard the boat. The final decision came down to Jung So Young, who had to give Yoo Jae Suk a phone call to let him know if she wanted to see him again. With bated breath, the cast members all crowded around the phone, as Kim Jong Kook waited outside with a bouquet.

Fortunately, Jung So Young said yes to another date and the cast members all sincerely congratulated the two of them!