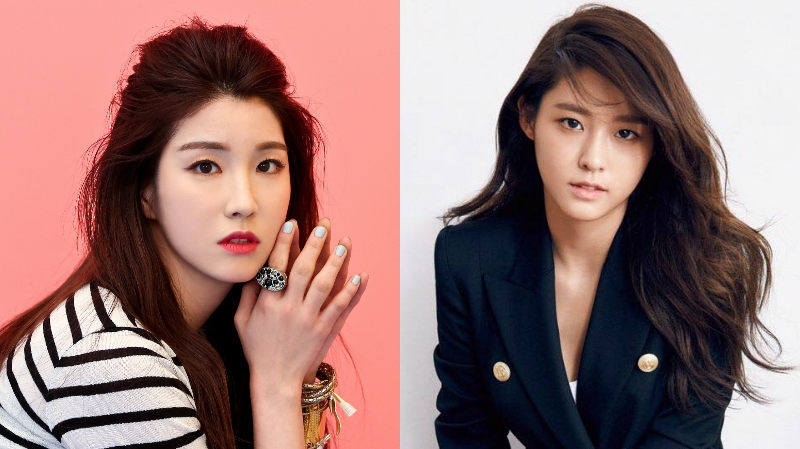 LABOUM’s ZN was able to catch up with her old middle school friend Seolhyun, thanks to the hard work of Super Junior member Leeteuk!

The girl group guested on the January 16 episode of the TV Chosun show “Idol Festival” and talked about their days in middle school. ZN shared that during middle school, there were three girls known to match with the Chinese characters of “truth,” “goodness,” and “beauty.” She said that she was known as the “goodness” and Seolhyun was known as the “truth.”

She continued, “I first saw Seolhyun at school and thought that she was a pretty girl. I danced with her and we went around to auditions together.”

Not one to let an opportunity pass by, MC Leeteuk suggested that she give Seolhyun a call but unfortunately, ZN said that she does not have a cell phone yet. Leeteuk took matters into his own hands and got Seolhyun’s number from his fellow Super Junior member Kim Heechul.

Thanks to his hard efforts, ZN and Seolhyun were able to have a warm conversation on the phone, as Leeteuk and Kim Joonho barely held their excitement at hearing Seolhyun’s voice.

AOA
LABOUM
Seolhyun
Idol Festival
ZN
How does this article make you feel?