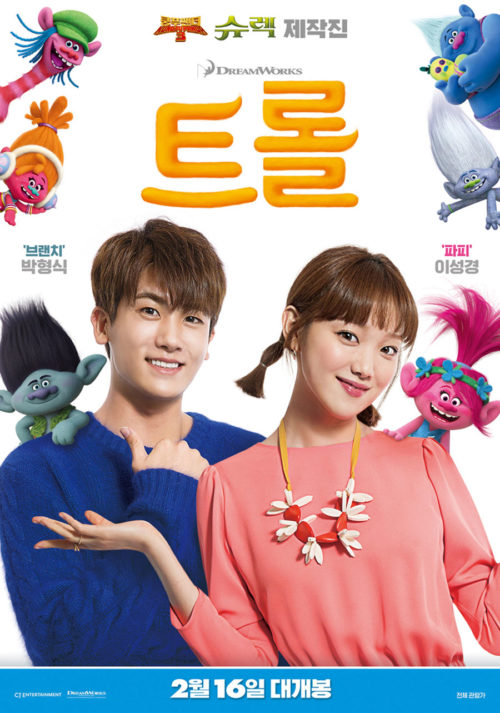 Lee Sung Kyung and Park Hyung Sik are dubbing the voices of Princess Poppy and Branch for the Korean release of the DreamWorks film “Trolls,” which will premiere on Feburary 16.

Known for her roles in “Cheese in the Trap” and “Weightlifting Fairy Kim Bok Joo,” Lee Sung Kyung channeled her inner princess into her role as the optimistic Princess Poppy. On the other hand, Park Hyung Sik utilized his deep voice to express the cranky worrywart Branch. 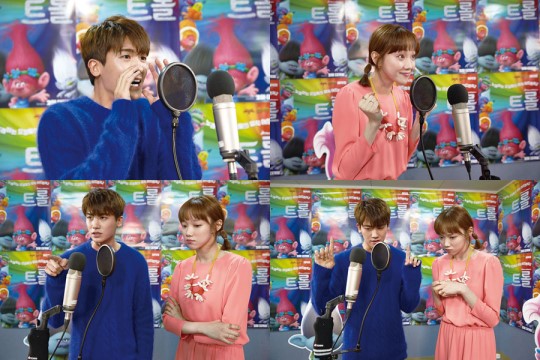 In the stills, the two actors can be seen incorporating various motions and facial expressions to get into character.

Meanwhile, Park Hyung Sik is busy with his appearances in “Hwarang” and the upcoming drama “Strong Woman Do Bong Soon.”

Lee Sung Kyung
Park Hyung Sik
How does this article make you feel?