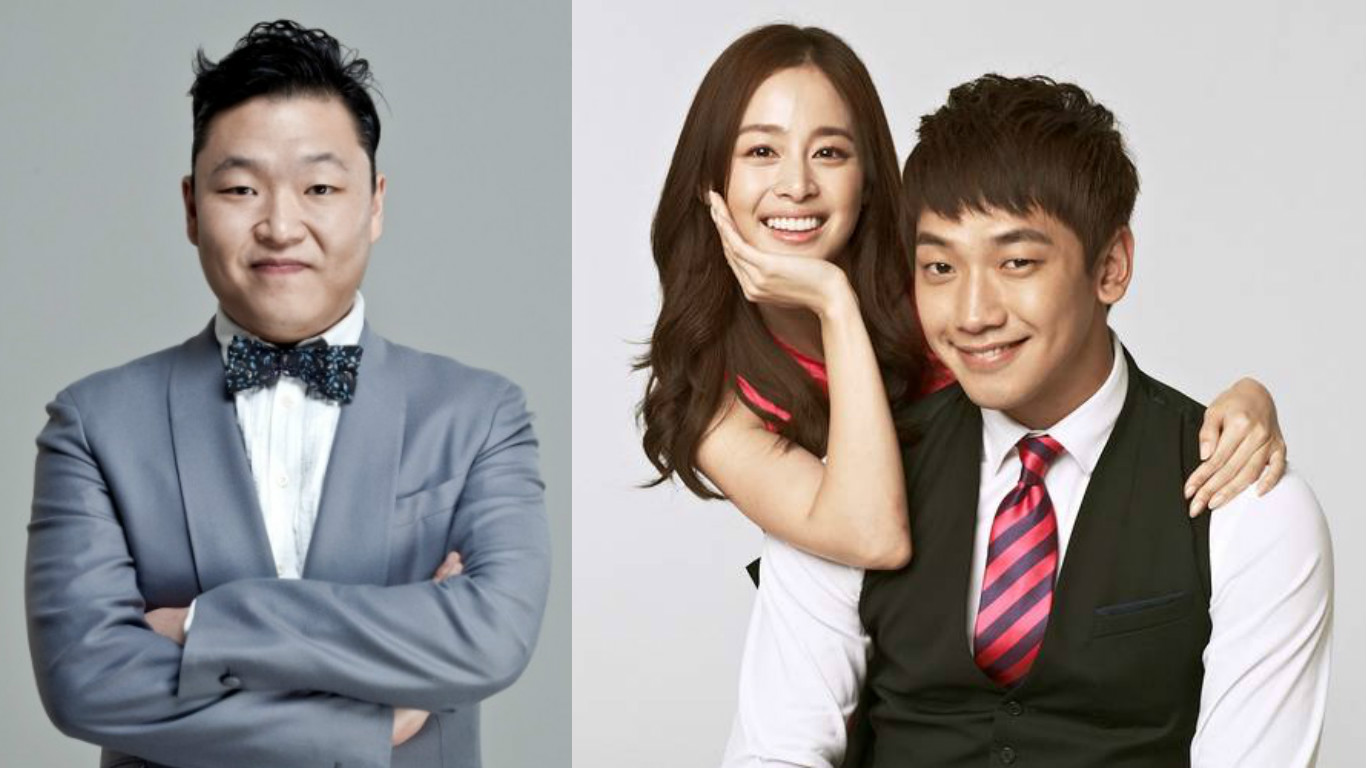 Psy recently took to Twitter to congratulate Rain and Kim Tae Hee on the news of their upcoming marriage.

On January 17, Psy wrote “Congratulations Jung Ji Hoon (Rain), the greatest joy,” on his Twitter account along with a photo.

The photo is a screenshot of a hilarious text post that reads, “The three biggest thieves of Korea, Yeon Jung Hoon, Rain, soy sauce marinated crab.”

Yeon Jung Hoon and Rain stole the hearts of Han Ga In and Kim Tae Hee, two of the most famous and beautiful actresses of Korea. Ganjang-gaejang (soy sauce marinated crab) is included as the punchline as it has earned the nickname of “rice thief” in Korea, considered to be so delicious that it can make anyone’s appetite return in full force.

Psy also went on to share a story from working on “The Best Present” with Rain. In another tweet, he wrote, “While working on the chorus together, Jung Ji Hoon (Rain) wrote down ‘The Biggest Joy’ and explained why he wanted to use it. Chills. #I can say it now #The Best Present.”

“The greatest joy” is a direct reference to Kim Tae Hee as the phrase can be written in hanja (Chinese characters) as “Big Tae (泰), Joy Hee (僖)” to make “Tae Hee”.

Kim Tae Hee
PSY
Rain
How does this article make you feel?