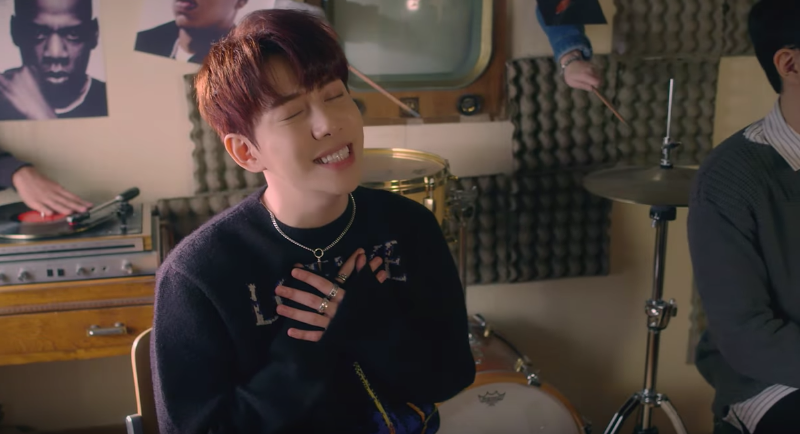 On January 18, the rapper also dropped a music video for one of his title tracks, “When I’m With You,” which also features Brother Su.

The track itself has a softer, more relaxed vibe that is reflected in the more casual-feeling music video.

His other title track included in his mini album “Notebook” is called “Memories,” and features singer Yoon Hyun Sang. The b-side tracks include several of Park Kyung’s previous singles like “Ogeul Ogeul” and “Inferiority Complex.”

Just an hour before the release, he also sang “When I’m With You” for the first time during a live broadcast called “Mnet Present.”

Watch the adorable music video below!