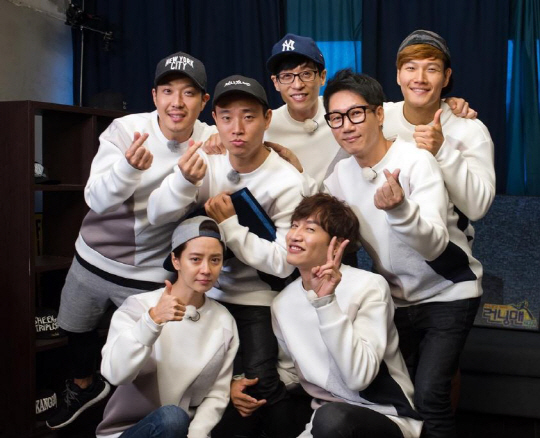 Gary will be appearing on “Running Man” again!

The artist is not returning for good, but he will be the heart of this episode. “Running Man” is currently in the midst of a “member’s race” project every week where each member is featured in a race based on one of their ideas or wishes. Ji Suk Jin will be featured in the next upcoming episode after Song Ji Hyo and Kim Jong Kook, and then it will be “Gary’s week.” More specific details on the race have stayed confidential.

“Running Man” producer Lee Hwan Jin confirmed this news, saying, “It is true that Gary will be making a special appearance. Since this is a confidential project and he is a surprise guest, please watch the broadcast to see what we have prepared.”

He also added, “I can tell you that there is a huge twist and secret.”

Yoo Jae Suk, Ji Suk Jin, Kim Jong Kook, Song Ji Hyo, Lee Kwang Soo, and HaHa, have no idea that Gary will be temporarily returning, so this episode is a pleasant surprise for them.

Gary’s appearance on “Running Man” will air on January 29.

Are you excited to see him on the show again? In the meantime, check out Kim Jong Kook’s race below!

*A previous version of this article incorrectly described the “member’s race” project that is currently taking place.