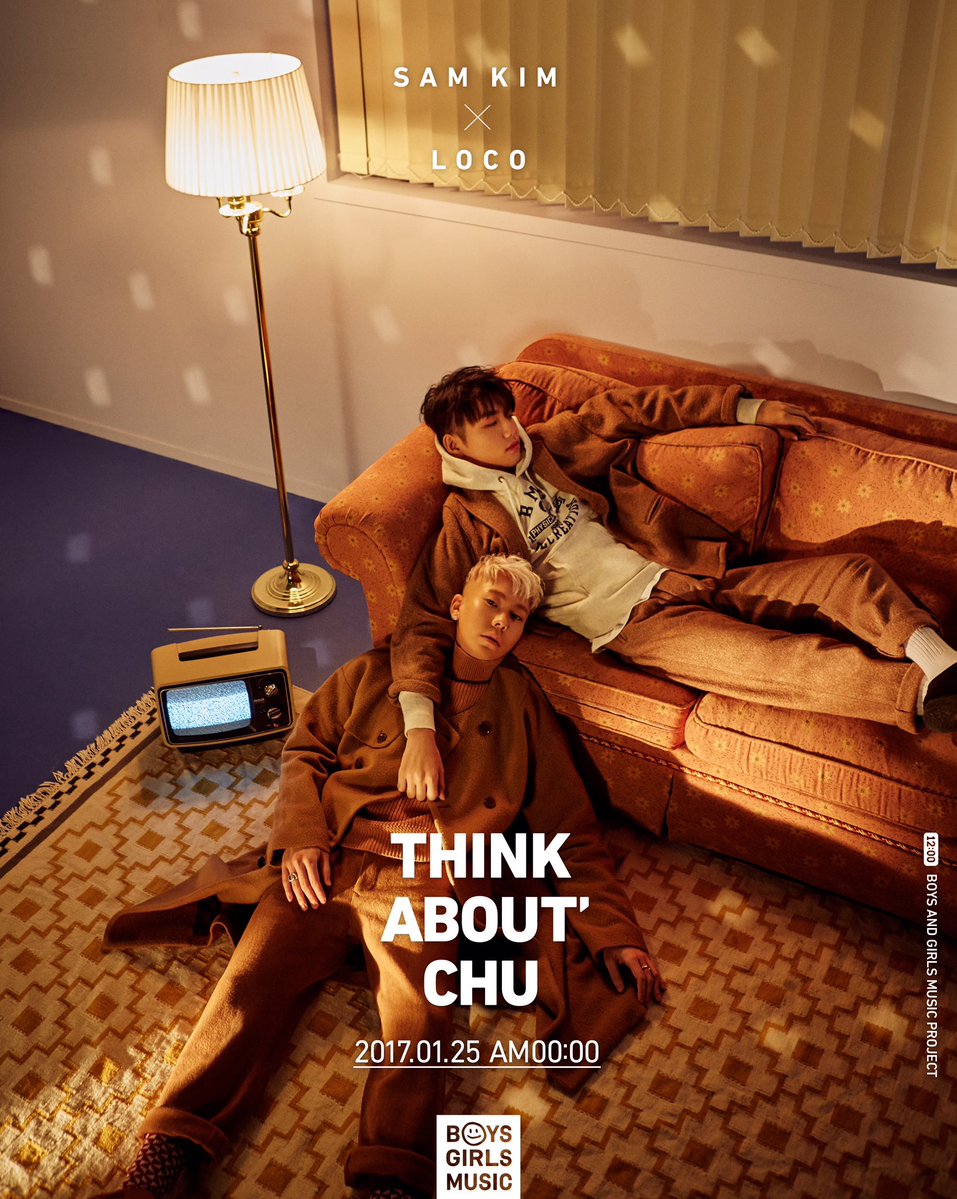 The teaser photo features the collaboration between Sam Kim, a contestant on “K-Pop Star 3” who made his debut last year under Antenna Music, and rapper Loco.

Their collaboration is titled “Think About’ Chu” and will be released on January 25.

Sam Kim
Loco
How does this article make you feel?