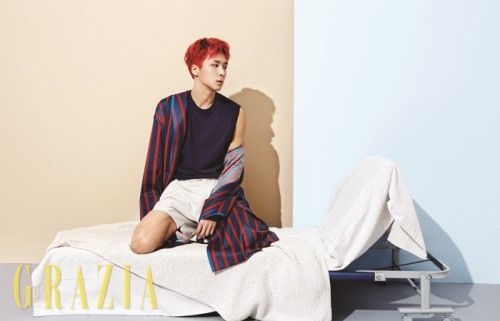 When asked how he gathered these musicians to participate in his album, he responded, “Most of them were people I didn’t even have any contact with. I inquired for their contact details, called them, and personally talked to them about the details of the album.”

Ravi then selected Microdot as the one who gave him the most memorable impression, explaining, “I called my close friend Sanchez and got Microdot’s contact details. Microdot said it was fascinating. He said it wasn’t easy to propose a collaboration with someone he hasn’t met before.” 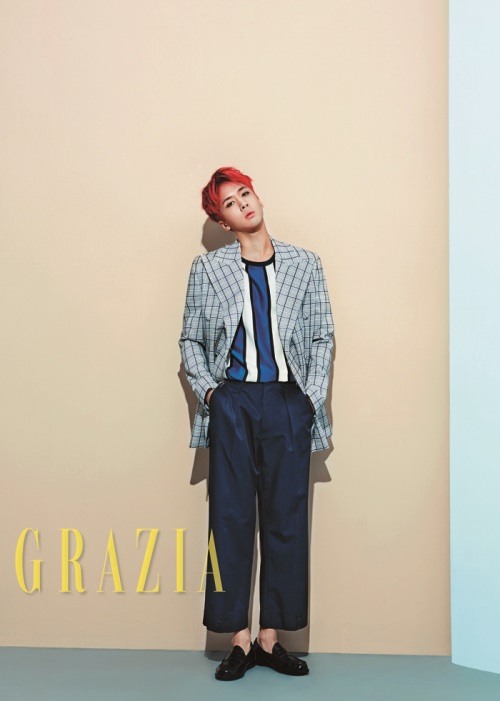 The rapper barely spoke throughout the shoot, and stated that he is typically quiet around strangers. “I grow close with people after hanging out [with them] a lot for at least two years. Even a manager who has worked with us for several years said that he has only spoken to me a few times,” he explained.

When asked to name the celebrities is he close with, he picked SHINee’s Taemin, EXO’s Kai, and HOTSHOT’s Timoteo and Sungwoon.

Meanwhile, Ravi’s full photo shoot and interview will be available on the 87th issue of Grazia, which is set to be released on January 20.

VIXX
Ravi
Grazia
How does this article make you feel?