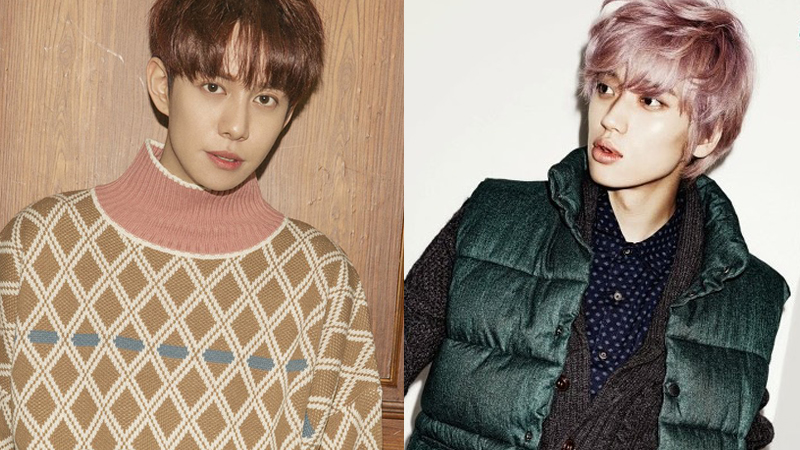 On January 18 at the Mapo District in Seoul, Block B’s Park Kyung held a press conference for the release of his first solo mini album “Notebook.”

He talked about having difficulty naming the album, saying, “I mulled over it a lot. I considered ‘Story’ and ‘Novel’ as well. But since the album is like a person’s diary, I thought about my notebook.”

Park Kyung then talked about Teen Top’s Niel, who also recently dropped his solo album. “I saw Niel at the hair salon. We cried our hearts out together,” Park Kyung joked.

The singer continued, “We told each other we would work hard. Niel’s music sales aren’t so good either, so we held each other and cheered each other up.”

Park Kyung was then asked to name the strengths that set him apart from other idol group members going solo. “We each have our different colors, but I think a strength of mine is that I made all of my songs, and that my style is reflected in each song. I think my style is shown in things like my upbeat energy and pronunciation,” he responded.

Meanwhile, Park Kyung’s mini album “Notebook” is the final part of a trilogy he started with “Ordinary Love” and “Inferiority Complex.”

Block B
Teen Top
Niel
Park Kyung
How does this article make you feel?