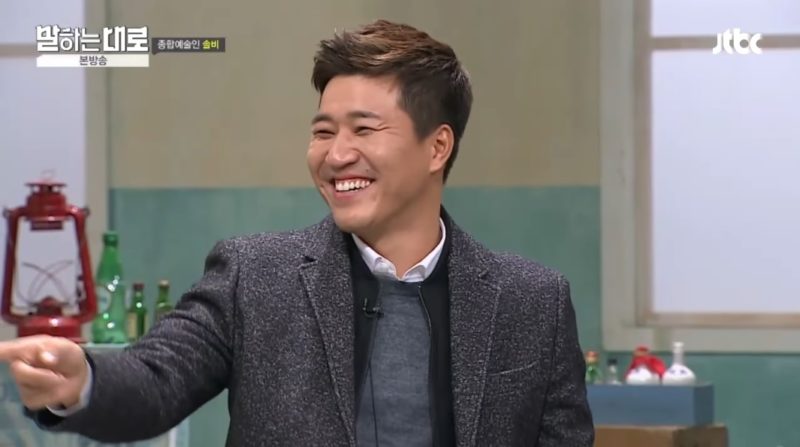 On the January 18 broadcast of JTBC’s “As I Say,” comedian Kim Jong Min, singer Solbi, and traditional musician Song So Hee appeared on the show.

During the episode, the MCs carefully asked Kim Jong Min about a huge slump he said he had gone through.

The comedian explained, “At the time I returned after being discharged from the army, I’ve never felt as low as I did then.”

He continued, “While the second season of ‘2 Days & 1 Night’ was ending, I was notified that I was being booted out of the show. However, Cha Tae Hyun suggested, ‘But don’t we still need to have an original member?'”

Kim Jong Min stated, “Everyone has pride, don’t they? Those words can be hurtful and can hurt your pride, but pride is just a standard you set for yourself. I thought that if I let go of my pride, wouldn’t it become a bigger opportunity for me? And it really did turn out to be a big opportunity.”

Conquering his struggles, the comedian came back strong and was recently awarded the Grand Prize (Daesang) at the 2016 KBS Entertainment Awards.

Check out the latest episode of “2 Days & 1 Night” below!

2 Days &amp; 1 Night
Kim Jong Min
As I Say
How does this article make you feel?