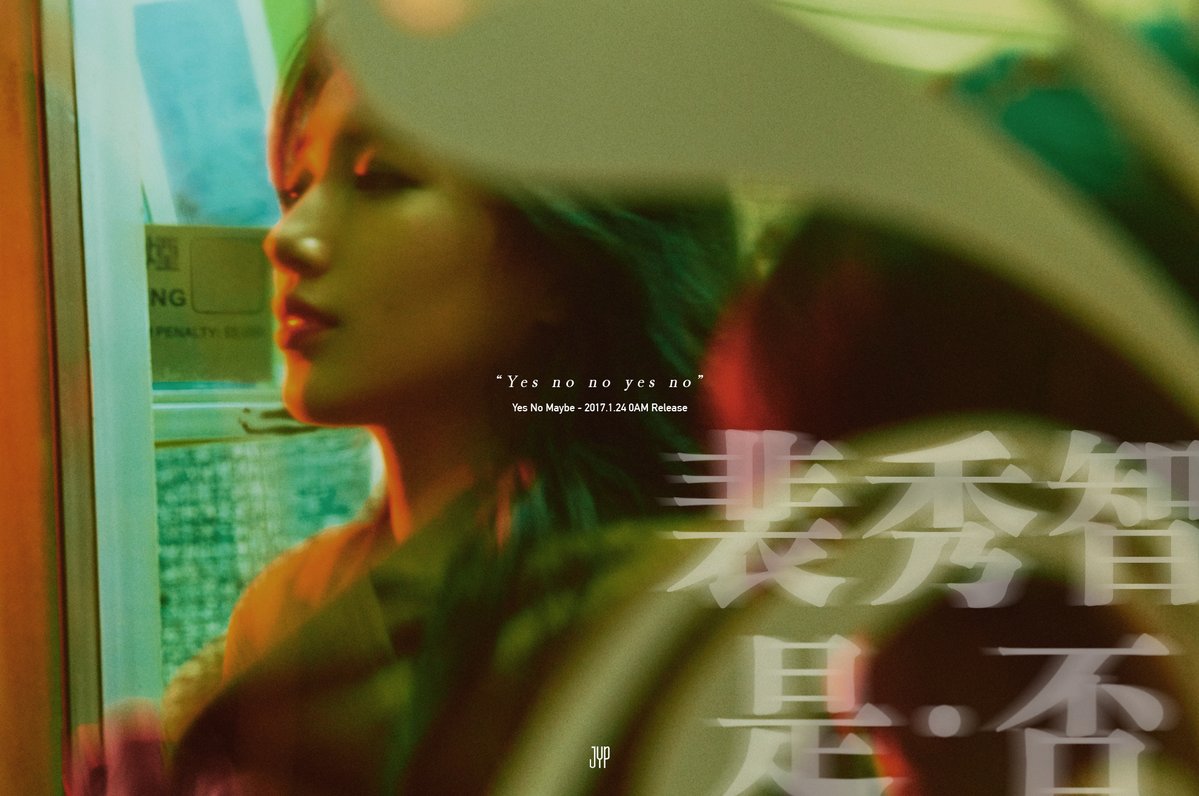 Suzy has dropped a couple more of teaser images, overlaid with lyrics from her title track “Yes No Maybe”! 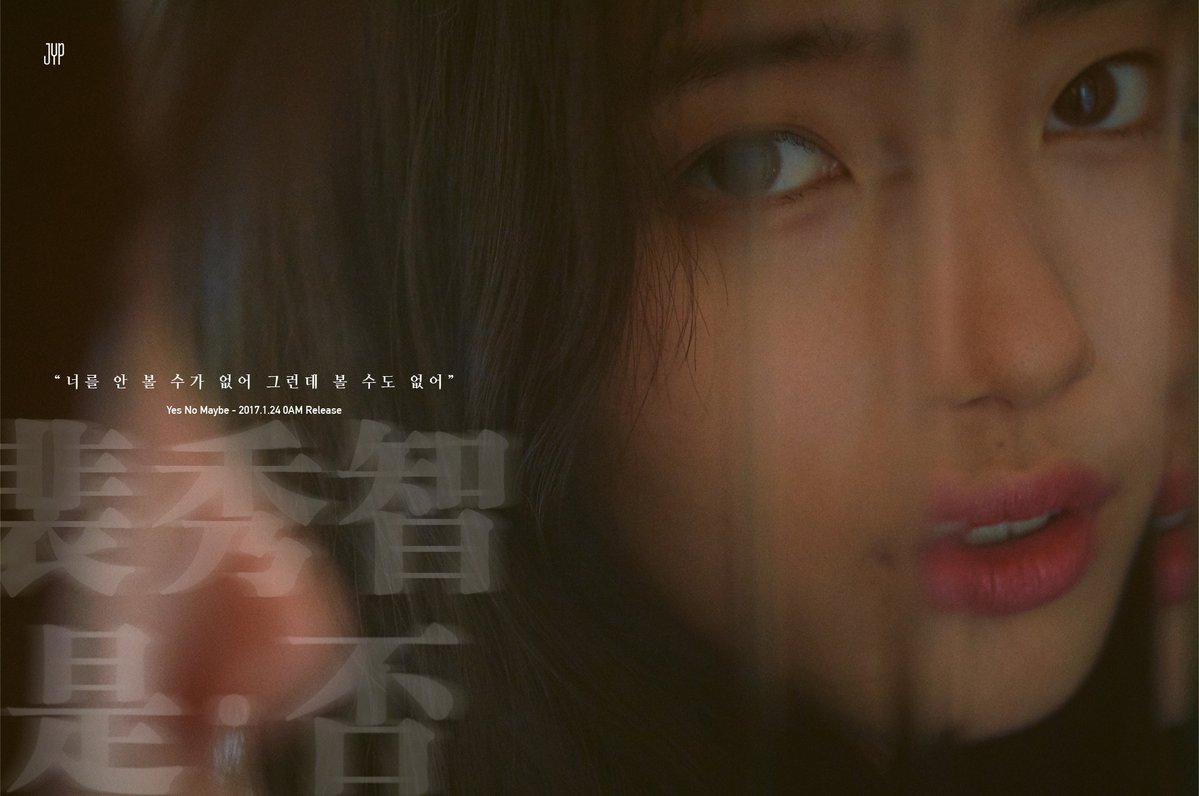 After sharing her hit pre-release track “Pretend” on January 17, Suzy has now given us a glimpse of the concept for her first mini album!

On January 19 at midnight KST, miss A’s Suzy released three teaser images for her title track “Yes No Maybe” off her upcoming mini album “Yes? No?”. The photos continue the colorful but melancholy concept from her teaser images for “Pretend”, and the look seems to have been inspired by the aesthetic of films such as “Chungking Express.” 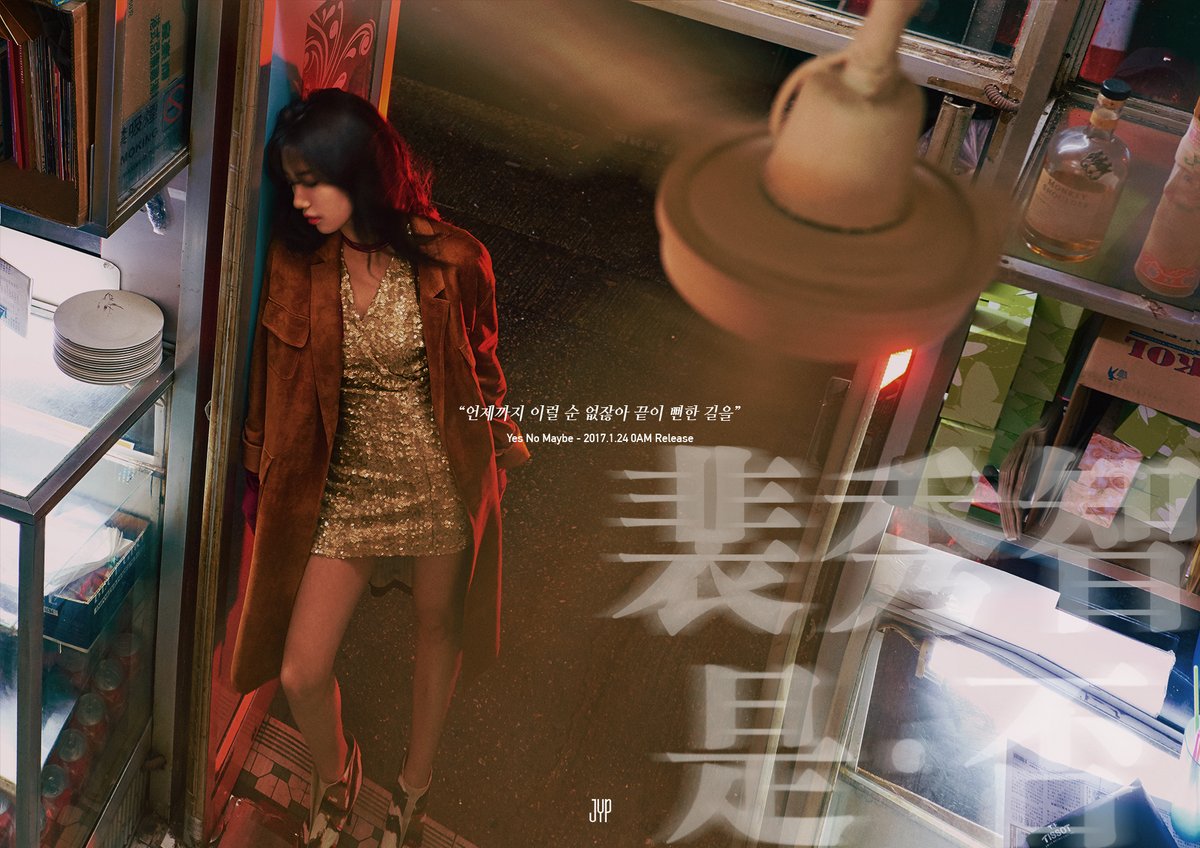 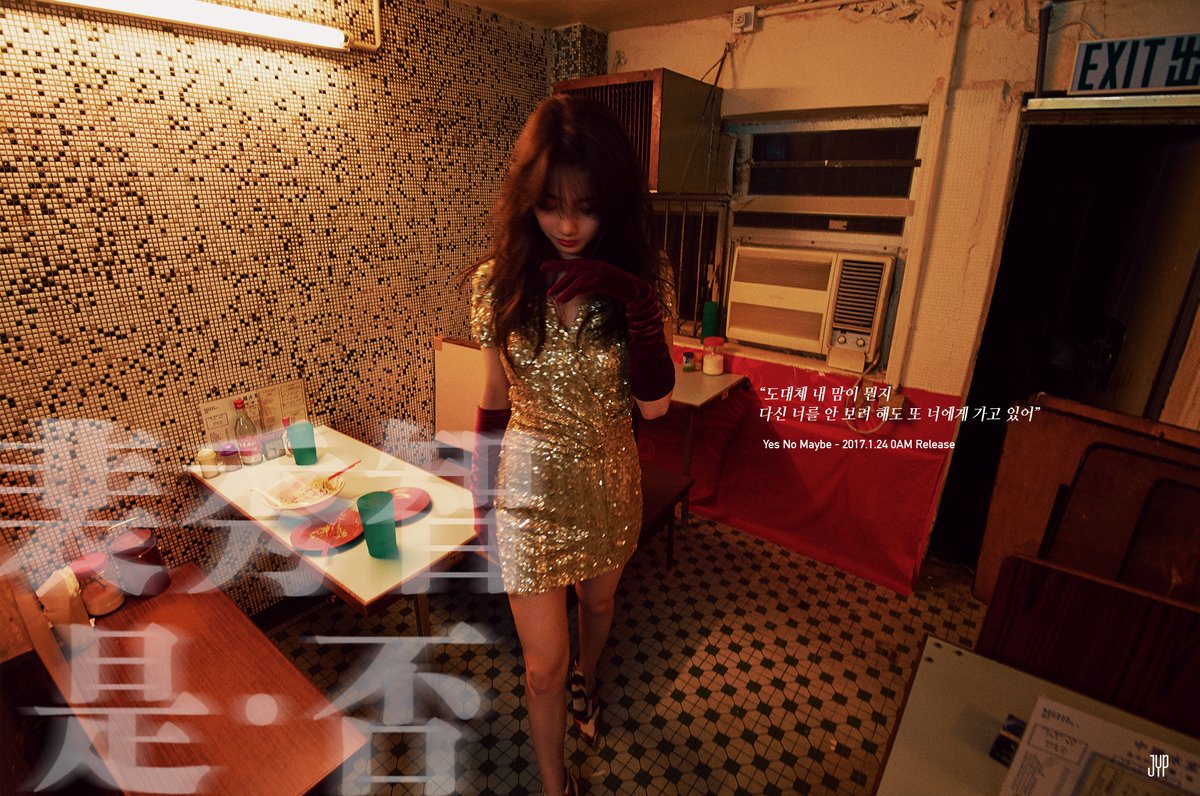 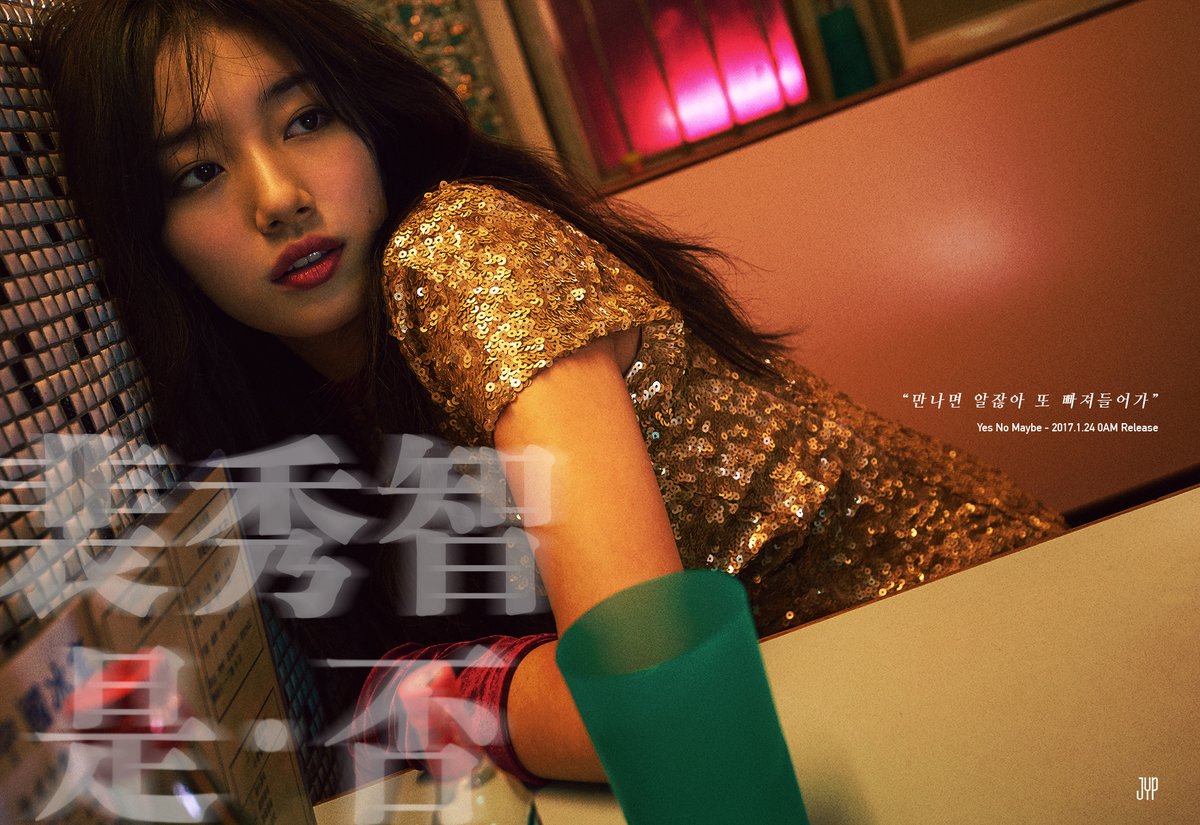 Suzy’s pre-release track “Pretend” previously reached the top spot on all eight major digital music charts in Korea, hinting at the potential for great success after the release of her mini album on January 24.