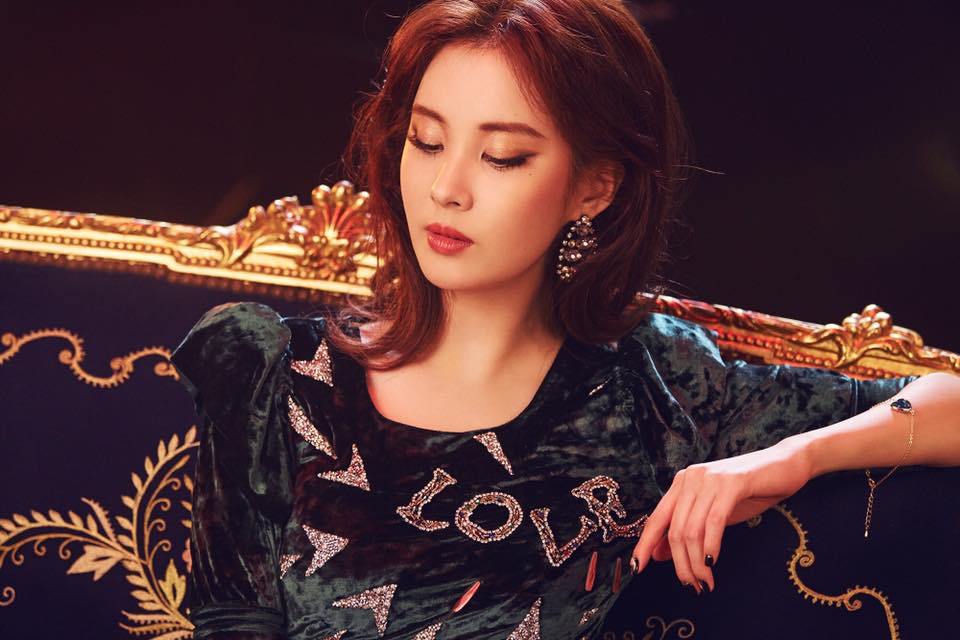 Girls’ Generation’s Seohyun has opened up even more about her first lead role in the new web drama “Ruby Ruby Love”!

While appearing on a January 18 V LIVE broadcast called “Seohyun’s Powder Room,” the singer told viewers about how excited she felt when she heard about people’s reactions to the episodes released so far.

“After ‘Ruby Ruby Love’ first aired, I kept hearing how funny it was,” she gushed. “I was really proud.”

Seohyun then went on to describe Ruby as someone with a bright personality despite having a bit of social anxiety, adding that when playing the role, she felt a lot of empathy.

“I may not have social anxiety, but experiencing difficulty at times myself, I could really empathize with her,” she explained before admitting that even she can feel awkward in social situations. “When I’m comfortable with people, I am wild and outgoing, so in that way, Ruby and I are the same. Putting myself out there requires effort.”

Have you checked out “Ruby Ruby Love” so far?

Seohyun
Ruby Ruby Love
How does this article make you feel?