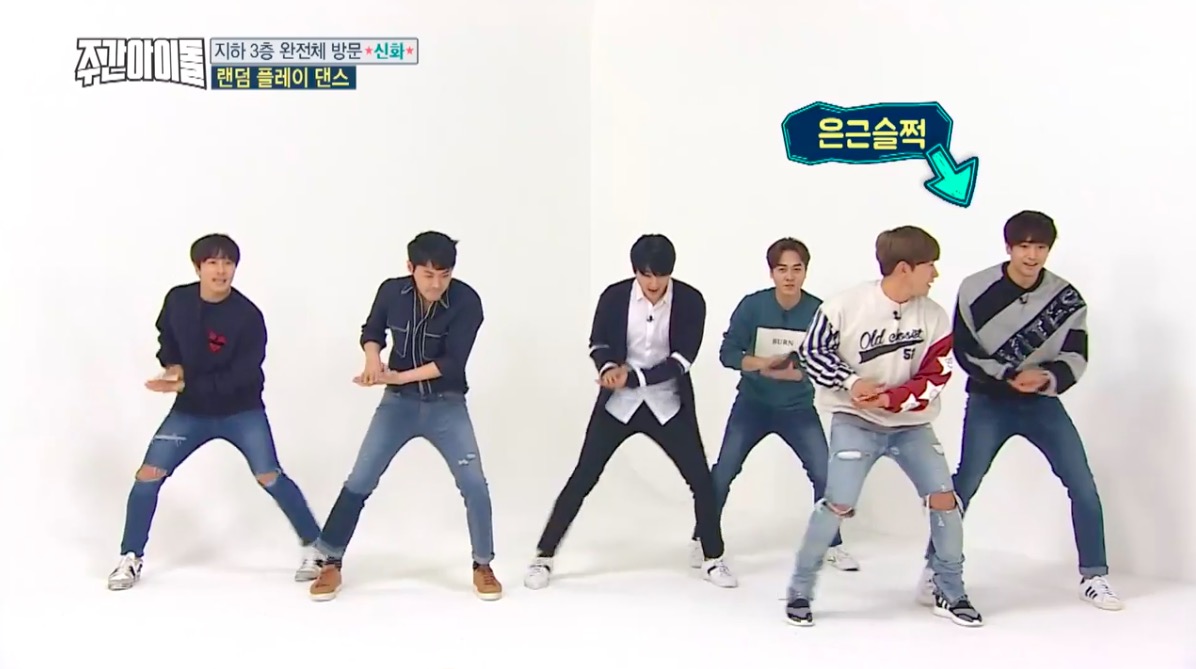 Legendary first-generation idol group Shinhwa cracked everyone up when they came to the third floor basement studio of MBC every1’s “Weekly Idol” for January 18’s episode!

Naturally, the guys had to play the show’s classic “Random Play Dance” game, in which idols are challenged to dance to a constantly-changing medley of songs without making any choreography mistakes.

Shinhwa won’t disappoint any fans who were hoping for a hilarious version of this game! Some of the greatest moments include Eric looking so lost during “Brand New” that host Jung Hyung Don said he looked like he’d never heard the track before, the guys bumping into each other and laughing during “Resolver,” Shin Hye Sung and Eric getting into a one-on-one dance off, and more!