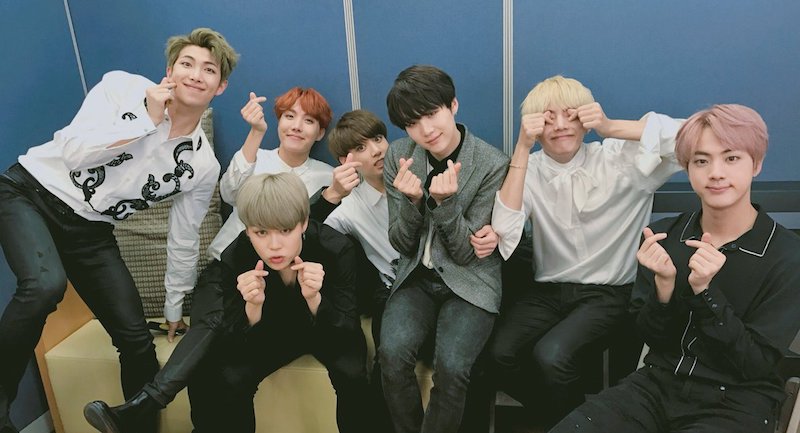 BTS has been nominated for a Shorty Award!

The Shorty Awards is an annual award show organized by Sawhorse Media that aims to recognize the best-of-the-best in content on social media sites such as Twitter, YouTube, Instagram, Tumblr, Snapchat, Facebook, and more. The awards are given out on the basis of a person or organization’s work over an entire calendar year, and winners are determined through the combination of the results of an online vote and scores from the Real Time Academy.

BTS is up for an award this year in the “Music” category for their social media content. Shorty Awards’s website recognizes the guys for both the popularity of their photo shoots and concept photos uploaded on Instagram as well as their “Twitter game.” BTS is incredibly active on Twitter, with the members’ Twitter account reaching 4.19 million followers and providing fans with plenty of selfies, updates on the guys’ lives, adorable photos of their dogs, music recommendations, hilarious live tweeting of year-end shows, embarrassing photos on each of the members’ birthdays, and so much more. The group’s agency Big Hit Entertainment also runs a Twitter account that keeps fans updated on the latest news and official photos of the group.

The Shorty Awards also notes that BTS made it into Billboard’s Social 50 last November, as well as was crowned the most retweeted artist in the world last March by Forbes. BTS’ social media content on Naver’s V Live was also recently recognized as outstanding, as they were chosen as one of the “2017 Global V Live Top 10” artists for their live broadcasts on their channel, which has the highest number of subscribers on the website.

The “Music” category in the Shorty Awards this year features BTS alongside fellow nominees Ariana Grande, Britney Spears, Chance the Rapper, Drake, Ingrid Michaelson, Mac Miller, Missy Elliott, Solange, Tegan & Sara, The 1975, and Twenty One Pilots. Voting to determine the top six finalists in each category opened on January 17, and will run until February 16.

You can vote for BTS in the Shorty Awards here!

Meanwhile, BTS is currently working on an extension to their massive hit album “WINGS,” which is planned to be released in February.

BTS
Shorty Awards
How does this article make you feel?