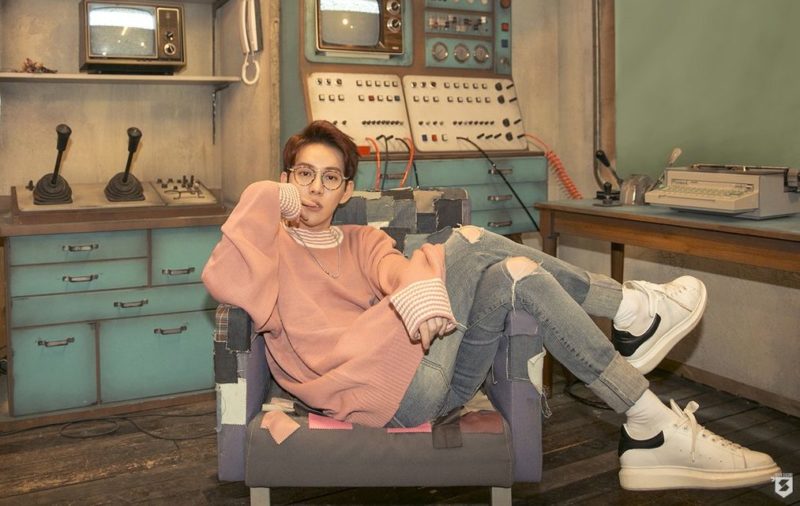 After releasing his first official solo mini album, Block B’s Park Kyung held a press conference with reporters at a cafe in Seoul where he talked about the support he received from his fellow members.

He said, “After Zico listened to my two title tracks, he complimented me for the first time and said, ‘Kyung, you’re really good at making music.’ He usually just says things like, ‘The music’s color came out well,’ but he said this after he listened to ‘Memories’ and some other songs,” adding that he was greatly strengthened by Zico’s encouragement.

Mentioning his other group members, he said, “Jaehyo told me that my song would match well with a restaurant in Gapyeong,” a popular mountain retreat to the north east of Seoul. He continued with a humorous analogy made by another member, saying, “P.O. said that it feels like you are in ‘Charlie and the Chocolate Factory’ and you’re drowning in the chocolate.”

He also laughed as he mentioned fellow member Taeil, who told him that the song is really good. He explained, “Whichever songs Taeil likes usually don’t do well and the songs he doesn’t like, do well.”