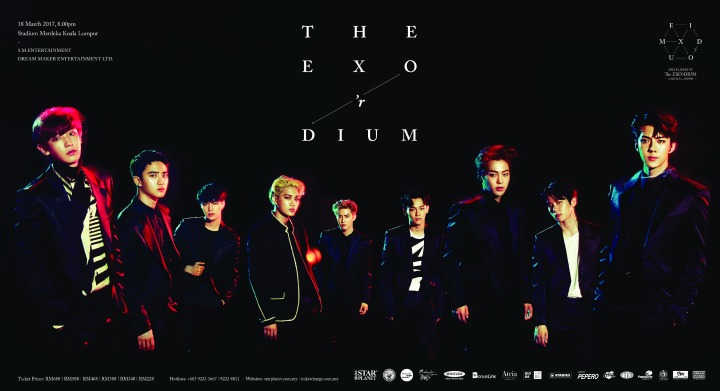 Malaysia, EXO is bringing their epic tour to you on March 18! Mark your calendars now so you don’t miss it.

After launching the “EXO PLANET #3 The EXO’rDIUM” tour with 6 dates in Seoul last July, EXO has finally launched in the rest of Asia. This is the third solo concert tour that the group has embarked on since their 2012 debut, and with a title inspired by the Latin word “exordium” which means “beginning,” fans can definitely expect to see an even better side of EXO!

The concert will be held at the Stadium Merdeka Kuala Lumpur on March 18, 2017. The concert is said to be one of the biggest of the year, with extraordinary production behind the show to ensure an absolutely mind-blowing experience.

Tickets are available now online (http://www.ticketcharge.com.my) and you can catch the latest updates on the tour from the organizers, Star Planet.

Will we see you there?