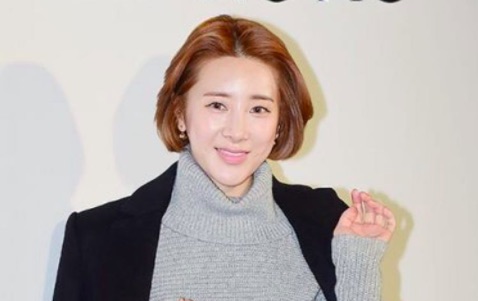 Seo In Young is under fire for allegedly cursing at the production team of JTBC’s “With You” season two.

A netizen claiming to work for “With You” uploaded a video of someone who appears to be the singer cursing at the show’s writer. The same person revealed, “As someone who’s witnessed everything during the shooting at Dubai, I couldn’t take the fact that she was playing the victim about having to leave the show.”

The netizen is referring to Seo In Young’s Instagram post that says, “The weak can never forgive. Forgiveness is the attribute of the strong.”

They went on, “Our staff went through a lot of trouble with Seo In Young while we were shooting. We had heard the rumors about her personality, but we didn’t know she’d be so self-centered. She would request changes in the schedule a day before, and on the day of the shooting, she wouldn’t open the door to her room. We had to wait at least an hour or two in the cold, waiting for her to come out.”

It is difficult to make out any faces in the video, but the voice closely resembles Seo In Young’s. The voice in the video says, “Someone go check in and come back quickly. Before I ****ing explode.”

As of now, Seo In Young’s agency, Star Empire, has not made any statements regarding the issue.

Netizens are speculating whether Seo In Young and Crown J’s decision to drop out of the program has to do with the situation in the video. Before the video was made public, the virtual couple had made a sudden announcement that they would be leaving the show, and a source from JTBC explained, “From the beginning, Seo In Young and Crown J had starred in the show to figure out if they were a good fit for marriage, and they recently told us that they would remain friends.”

The truth behind the incident is yet to be revealed. It is difficult to draw any conclusions before both sides make an official statement.

With You
Seo In Young
How does this article make you feel?