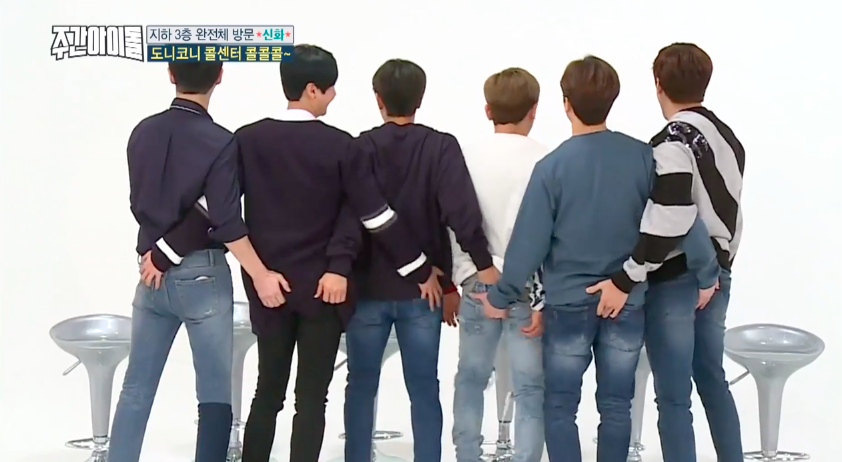 First generation idol group Shinhwa, who recently returned with “TOUCH,” shows that they are still legends when it comes to their hilarious skills on variety shows.

The January 18 episode of “Weekly Idol” showed the group constantly cracking up the MCs with their witty remarks and actions. During one particular segment, a fan called in with a very specific question for the group. The fan asked, “You know how you said that you grab each other’s butts when you take group pictures? I’m curious to know who you think has the nicest butt.” 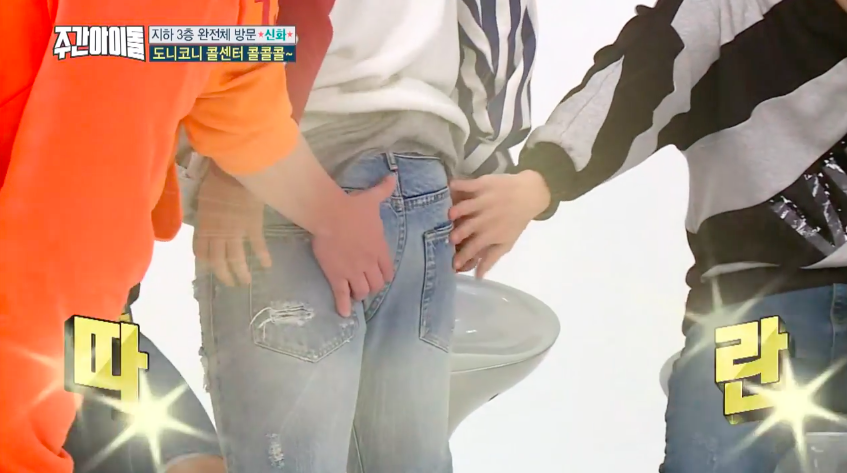 Dongwan answered first, saying that lately everyone agrees that it’s Minwoo. The MCs made sure to check it out to see if it was up to par.

Eric also chimed in, saying that during their performances for “TOUCH,” there is a particular part when he has to touch Jun Jin’s butt. Eric explained that when he does, Jun Jin tightens his butt to make it more firm. Then, of course, the MCs had to check to see if that was accurate as well. 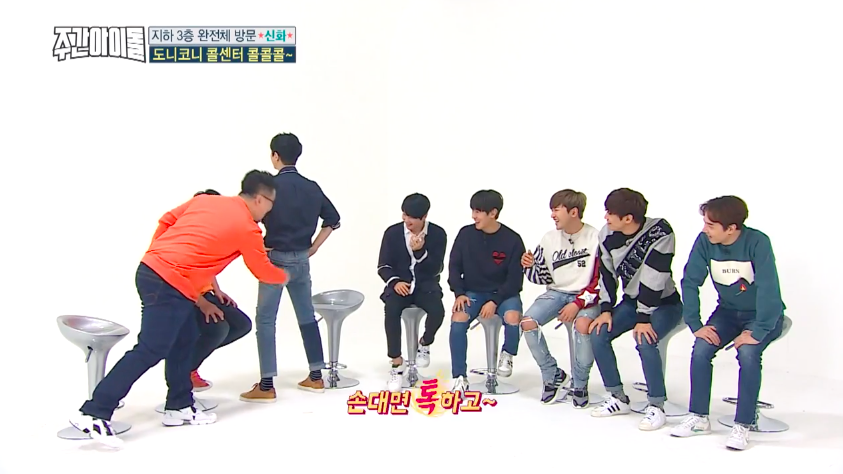 Lastly, the group stood up to show the cameras what exactly is going on when they are all smiling in their pictures, as all of the members grabbed each other’s butts from behind!