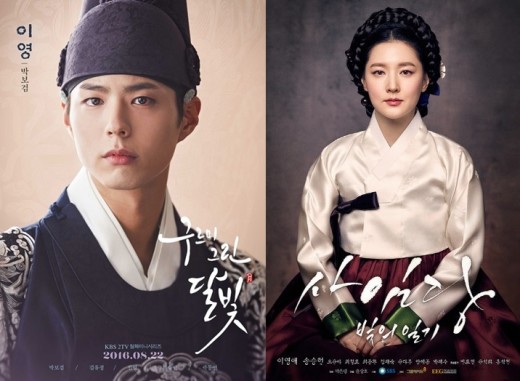 Park Bo Gum and Lee Young Ae have been chosen as the celebrities who look best in hanbok.

The online survey firm PMI asked 2,000 men and women between the ages of 20 and 50 which celebrities look best in hanbok in historical period dramas. The male and female celebrities who came out on top were Park Bo Gum (23.2 percent) and Lee Young Ae (28 percent).

Park Bo Gum was loved for his role in last year’s “Moonlight Drawn by Clouds” and received 31.5 percent of the female vote, but only 13.9 percent of the male vote.

The actor was followed by Cha Seung Won (11.6 percent) of “Splendid Politics” and Yoo Ah In (8.8 percent) of “Six Flying Dragons.”

Who would your choices have been?