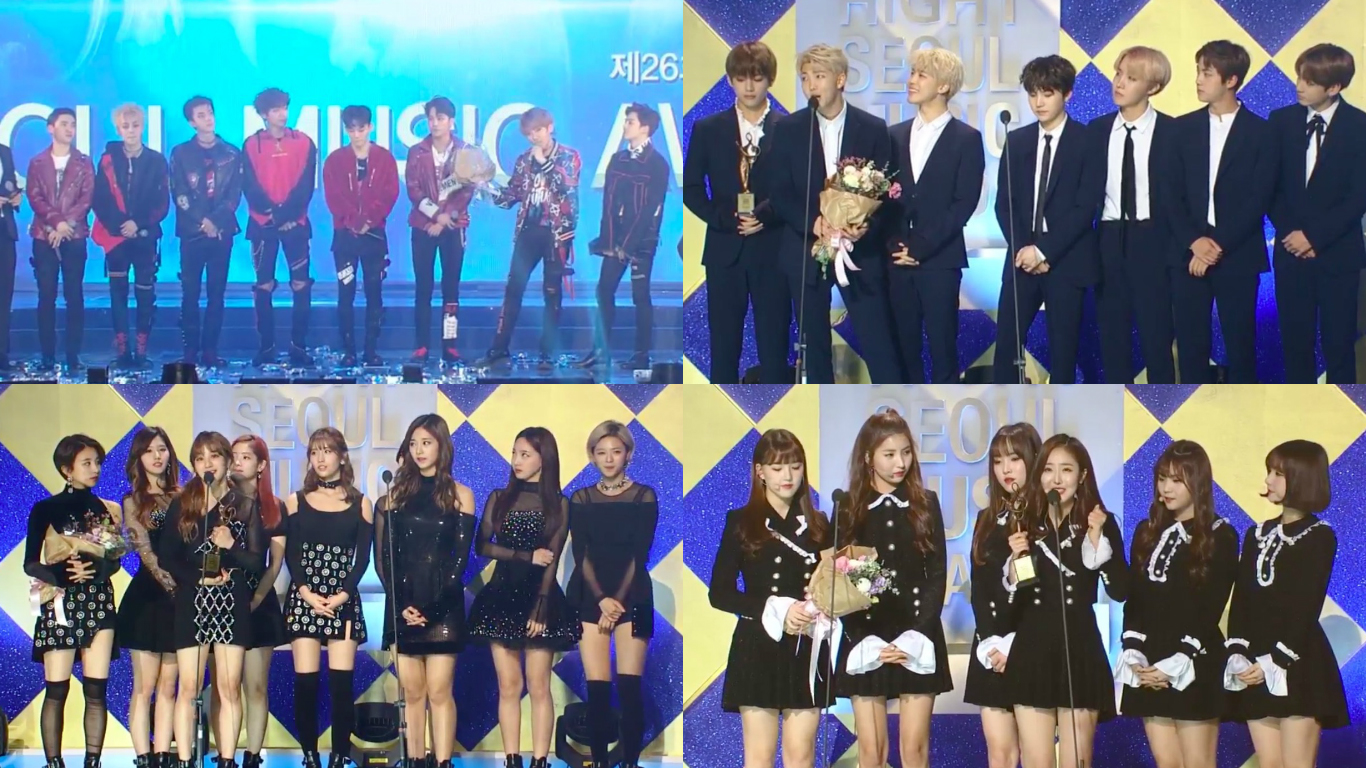 The 26th Seoul Music Awards was a star-studded evening of exciting awards and impressive performances!

The annual award ceremony was held on January 19 in Seoul, with many of K-Pop’s most popular artists in attendance, including EXO, BTS, TWICE, GOT7, Red Velvet, VIXX, SEVENTEEN, and many more! The show was hosted by Super Junior’s Kim Heechul, I.O.I’s Jeon Somi, and Tak Jae Hoon.

EXO grabbed their fourth Daesang (Grand Prize) in a row from the Seoul Music Awards this year, as well as a Bonsang and the Fandom School Award.

BTS took home the the most awards of the night, including the Best Album Award for “WINGS,” a Bonsang, the Best Music Video Award for “Blood, Sweat and Tears,” and Best Male Dance Performance.