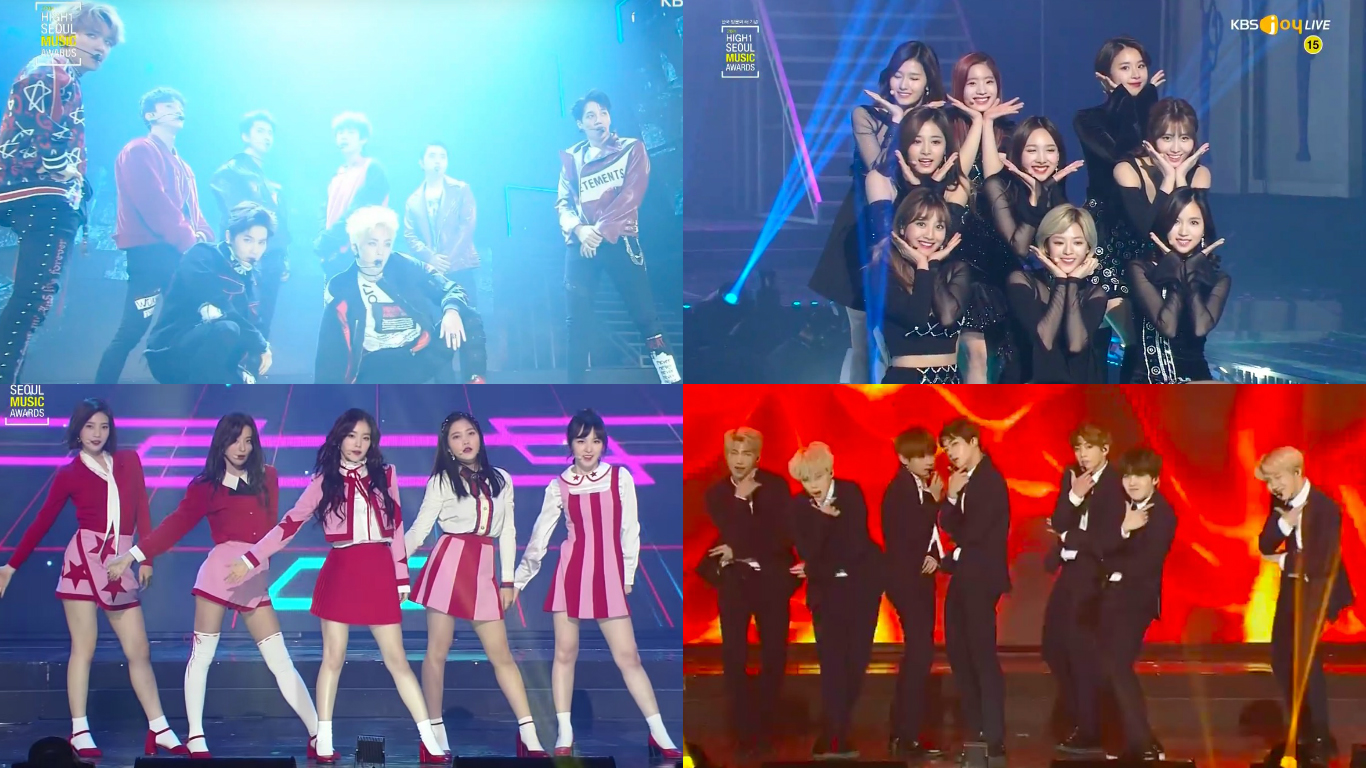 Many of K-Pop’s most popular artists took to the stage at the 26th Seoul Music Awards on January 19, and they all provided viewers with a great show!

Artists such as EXO, BTS, TWICE, Red Velvet, GOT7, GFRIEND, SEVENTEEN, BLACKPINK, and so many more took to the stage to perform their popular hits from the past year. Meanwhile, EXO, BTS, and TWICE took home the top three largest awards of the night, with plenty of other prizes given out over the evening. You can check out the full list of winners here.

BLACKPINK – “Playing with Fire” and “BOOMBAYAH”

MAMAMOO – “You’re the Best” and “Décalcomanie”

Han Dong Geun – “Making A New Ending for This Story”

Which performance from the 26th Seoul Music Awards was your favorite?