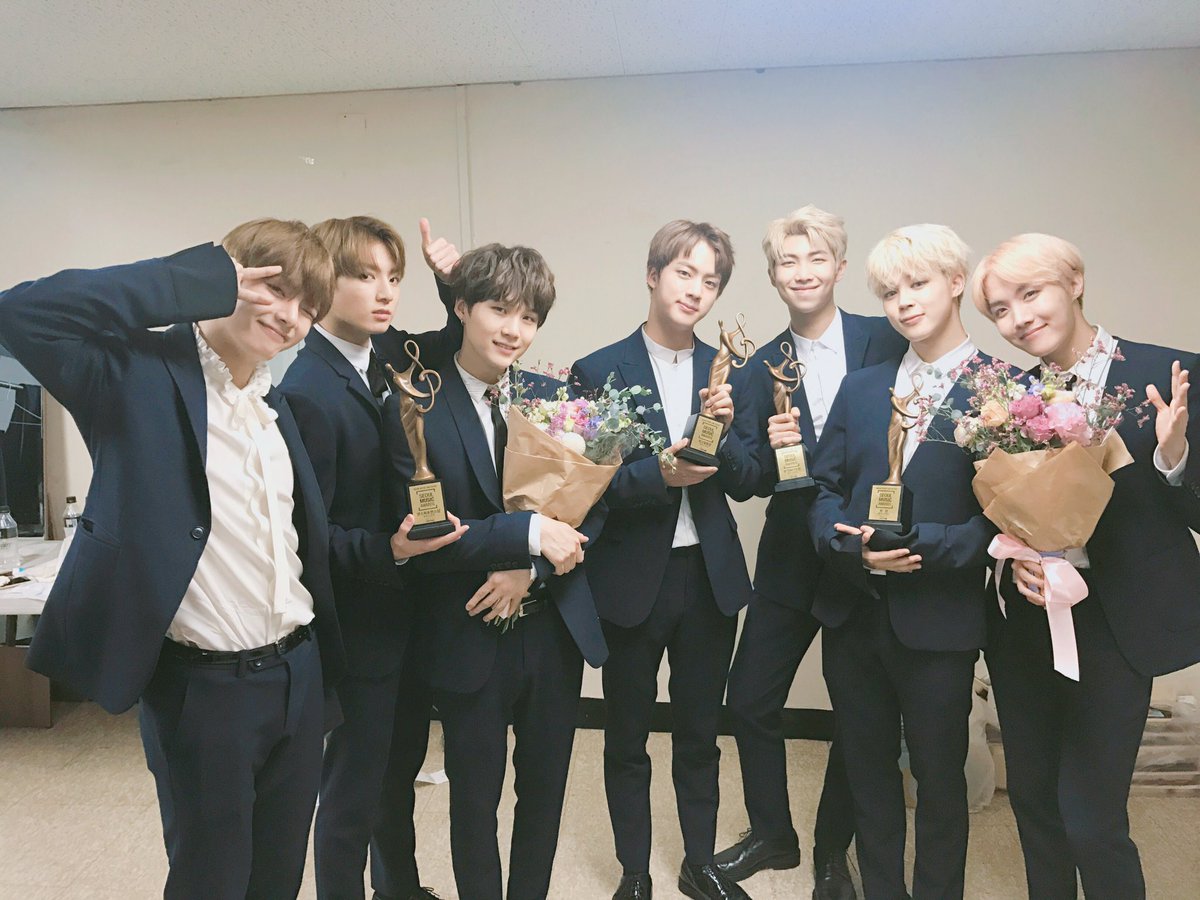 BTS was recognized for their outstanding work in 2016 at the 26th Seoul Music Awards, and took home the most awards out of all the artists that night!

The 26th Seoul Music Awards were held on January 19, and were attended by some of K-Pop’s biggest stars, including BTS, EXO, TWICE, GOT7, Red Velvet, and many more. You can check out a full list of the winners here and watch the evening’s performances here.

At the ceremony, BTS received the Best Music Video Award for their “Blood, Sweat and Tears” MV, as well as the Best Male Dance Performance Award and a Bonsang (Main Prize).

During BTS’s Bonsang acceptance speech, Jin said it was an honor to start off 2017 with the award, and thanked their Big Hit Entertainment family, including producer Bang Si Hyuk and their composers. He said, “Also, thank you so much to our fans ARMY, who have given us ‘WINGS’ like the title of our last album. Happy new year, everyone! I love you!”

Jungkook added, “In 2016, we smiled a lot, cried a lot, and worked hard, but I hope there are more days of smiling in 2017. Thank you.” Jimin also thanked Lumpens for directing their music video as well as their choreographer Son Sung Deuk, because BTS did not have the chance to give a speech when receiving their music video and performance awards.

BTS’s fourth award of the night was the Best Album Award, which they won for their hit 2016 album “WINGS.” After the announcement, leader Rap Monster took the mic to say, “Isn’t ARMY the greatest? We received a lot of love last year for our theme of ‘The Most Beautiful Moment in Life’ and youth. I think that young people have a really hard time lately. Whether it’s on the inside or the outside, when young people meet they tend to both start and end their conversation with ‘I’m having a hard time.'”

Rap Monster went on to explain that he believes that something BTS can do is represent youth by continuing to tell the stories of young people through their music and performances. “I jokingly started off ‘Fire’ today by saying ‘Let’s be happy!’, but I do hope that 2017 will be a happy year when young people can smile a lot,” he added.

The guys of BTS have shared plenty of photos and short videos after the show on Twitter to thank fans and celebrate receiving the awards! Check them out below.

BTS is currently working on the extension to their album “WINGS” with the goal of releasing it in February.

BTS
26th Seoul Music Awards
How does this article make you feel?