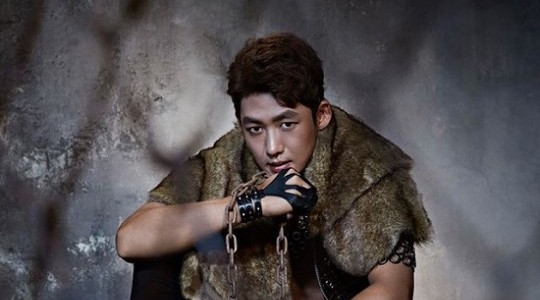 Actor Lee Tae Sung is currently recuperating at the hospital after experiencing difficulty of breathing and dizziness.

On January 19, the actor was first taken to the hospital right before the night’s showing of the musical “The Underdog,” due to a bout of hives and feeling short of breath while rehearsing. He was given an IV and prescribed medication, and the doctor suggested rest. However, Lee Tae Sung wished to continue the performance for the waiting audience, and took to the stage anyways.

During the second act, Lee Tae Sung was sent to the emergency room after he began having difficulty breathing and felt dizzy.

A source stated, “He was not completely recovered but he appeared anyways because he was determined to keep his promise to the audience. Right now, they’re keeping watch over his condition at the emergency room. We apologize for making everyone in the audience who came and Lee Tae Sung’s fans worry. We will make sure to do our best to make sure he completely recovers as soon as possible.”

Lee Tae Sung previously was briefly admitted to the hospital on January 14 under similar circumstances. At the time, he rested for four days, as the doctor ordered. He is currently acting as Jin in the musical “The Underdog.” Since January 4, he has been covering both his own scheduled performances, and those for Jin’s other actor (Kim Joon Hyun), since the latter is currently unable to perform due to health issues.

Lee Tae Sung
How does this article make you feel?