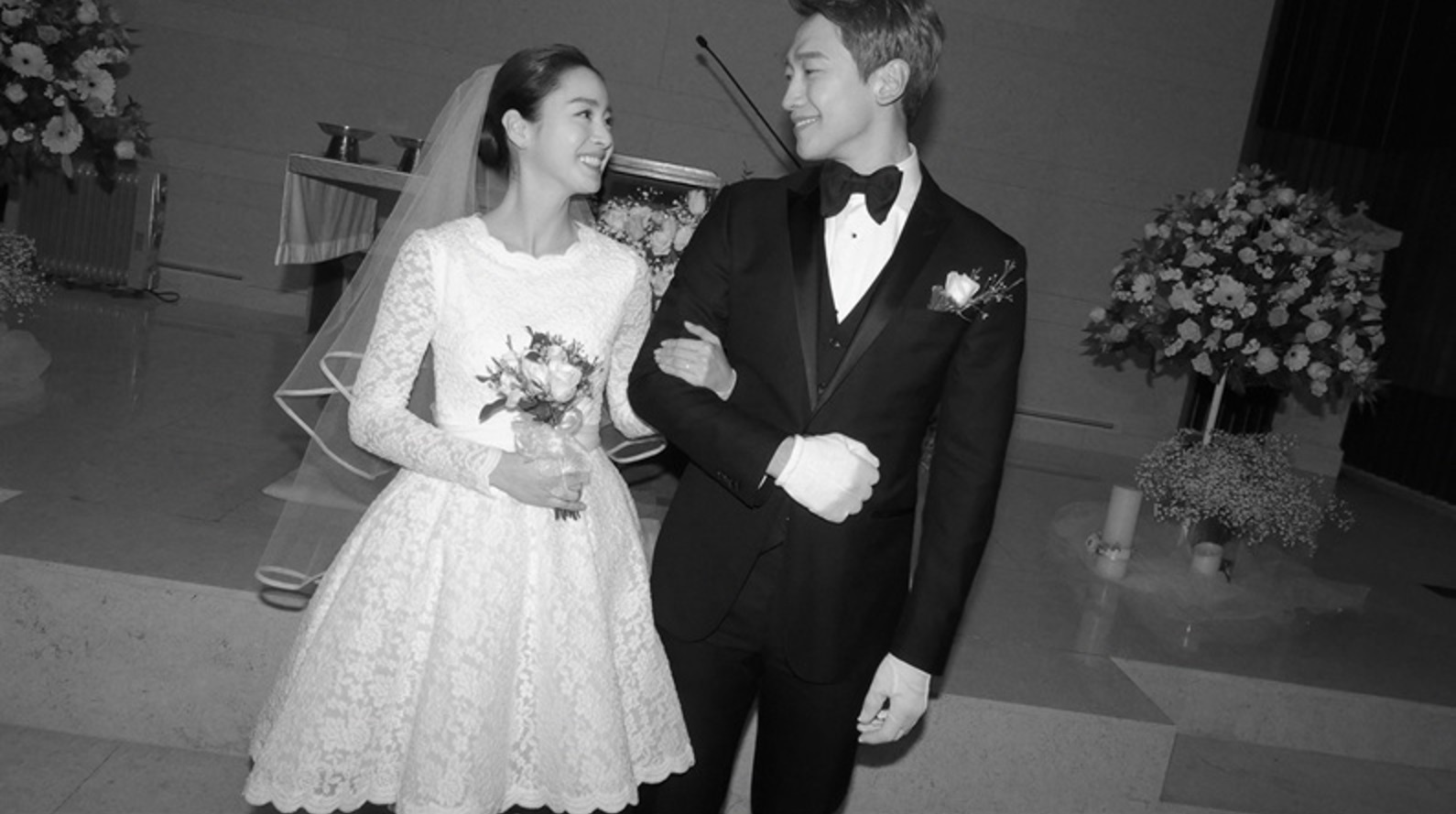 At 2 p.m. on January 19, Rain and Kim Tae Hee were finally wed at the Gahoe neighborhood cathedral in the Jongno District in Seoul.

During the church wedding, Kim Tae Hee entered, not in a fancy gown, but with a simple veil and a white, lace, knee-length dress.

As the wedding dresses worn by big names quickly become the talk of the town, the dress choice of Kim Tae Hee, who is often regarded as one of Korea’s most beautiful actresses, has naturally become a favorite topic as well.

However, it was revealed that the quaint one-piece was not from a popular designer brand, but was a custom-made piece by Kim Tae Hee’s own stylist. A source revealed that the actress, who earned a degree in Fashion Design from Seoul National University, had a hand in creating it, and said, “Based on Kim Tae Hee’s personal ideas, the stylist bought the fabrics and tailored the dress herself. It’s not from an expensive brand.”

Instead of a grand ceremony and reception at a five-star hotel, the Catholic couple celebrated their wedding at a church with no elaborate decorations, and then proceeded to a restaurant in Yeouido for the reception. The small gathering of about 50 guests included Rain’s godfather Ahn Sung Ki, Park Jin Young, PSY, Lee Honey, and g.o.d’s Park Joon Hyung, Kim Tae Woo, and Yoon Kye Sang.

Furthermore, a source from Rain’s own label, Rain Company, added, “They did not plan a honeymoon; they prepared hastily, and they wanted to be frugal.”