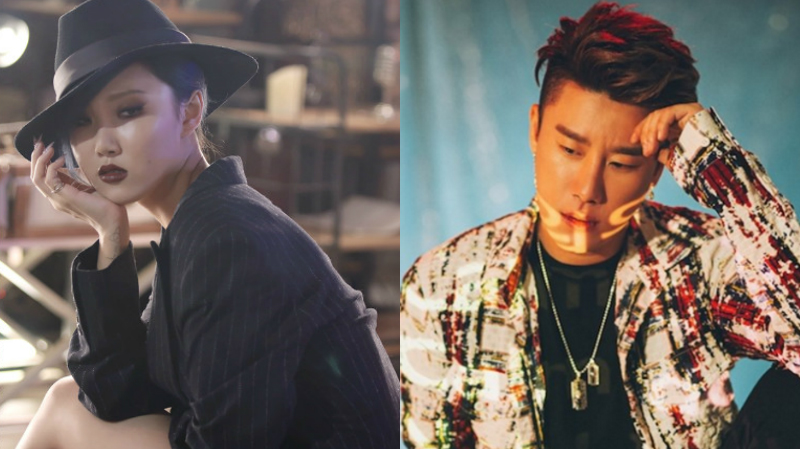 MAMAMOO’s Hwasa will be lending her great vocals to another hip-hop track once more!

On January 20, reports revealed that the girl group member would be featuring in San E’s newest title track, and that her and her agency agreed to it because “the song had such a good vibe.”

The rapper’s agency stated, “We want to thank MAMAMOO’s Hwasa for readily agreeing to feature in San E’s upcoming title song ‘I Am Me.’ [The track] has a San E-like, funky sound, as well as his signature rapping and lyrics.” His new energetic title song will reportedly be reminiscent of his debut track, “Tasty San.”

They commented that the addition of Hwasa makes for a greater final product, and hoped that everyone would look forward to his new release.

San E will be releasing his third mini album “Season of Suffering” on January 23, almost a year and nine months since his last album release.

MAMAMOO
Hwasa
San E
How does this article make you feel?