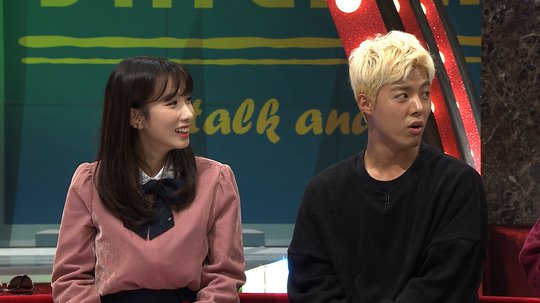 With certain news agencies prowling around, it’s hard for celebrities to date privately, especially if they have a dating ban set by their agencies.

However, former Rainbow member Jisook and Kangnam managed to do so, as they shared on the January 20 episode of Channel A’s “Singderella.”

Jisook revealed that she had a boyfriend, unbeknownst to her agency, back during Rainbow’s debut years. In order to avoid suspicion, Jisook would say she was going exercising in order to maintain her body whenever her then-boyfriend would be waiting outside of their dorm to meet her. She explained that she would always leave the dorm with an extra jumprope in her pocket, just in case she was caught, to throw off any remaining doubt.

Meanwhile, Kangnam talked about a girlfriend he had during his training years. Because it was when he didn’t really have any finances, he said that they would meet in between meals, and just take long walks together. When it was time for dinner, they would part again, to eat separately as he could not treat himself, much less another person. However, his company never found out about the fact he was dating.

Other panelists who debuted as idols, such as Super Junior’s Kim Heechul and H.O.T’s Moon Hee Jun, chimed in and unveiled their ways of secretly dating. They even discussed how to go to a movie theater without being caught.

Many celebrities probably have dated or are dating, but let’s hope they reveal this news on their own terms and not because they were “caught”!

Kangnam
Jisook
Singderella
How does this article make you feel?