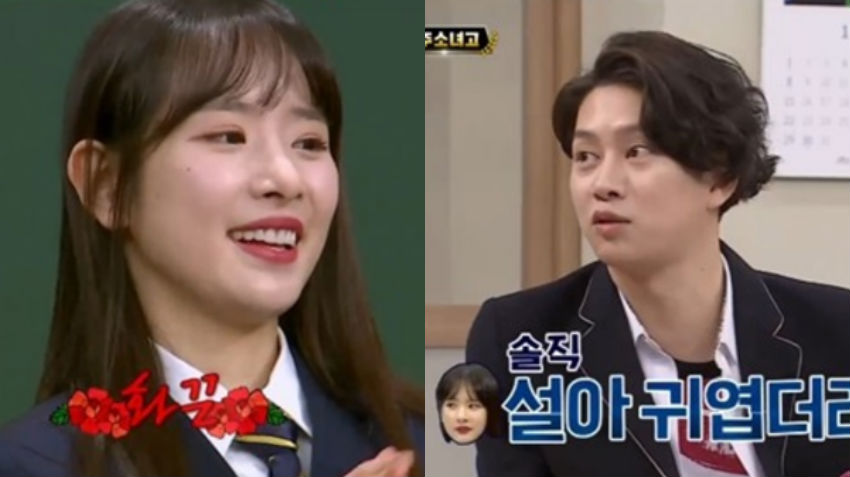 Could romance be on its way for Cosmic Girls‘ SeolA and Super Junior’s Kim Heechul?

Idol group Cosmic Girls appeared as special guests on the January 21 episode of “Ask Me Anything” when the conversation between the two got suspiciously playful.

It all began when Heechul’s “Ask Me Anything” castmate Kang Ho Dong revealed that Heechul wouldn’t stop talking about SeolA backstage before the show.

“To be honest, I think she’s cute,” Kim Heechul admitted, causing a big reaction out of the Cosmic Girls members. 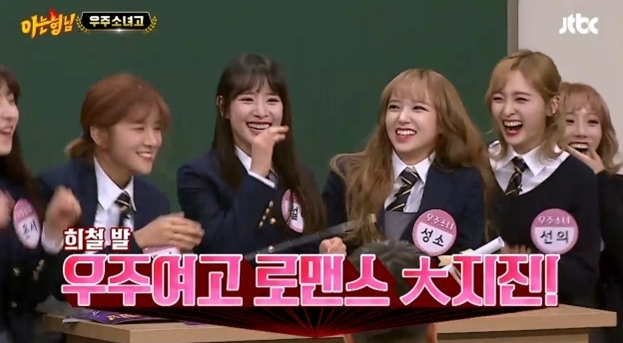 Taking advantage of the opportunity, SeolA cutely asked, “Heechul, do you have a girlfriend?”

“Are you really allowed to go out with me?” he answered excitedly, causing her to get a little shy.

Meanwhile, Cosmic Girls is currently promoting their new mini album “From. WJSN,” which was released on January 4.

WJSN
Kim Heechul
Ask Me Anything
SeolA
How does this article make you feel?