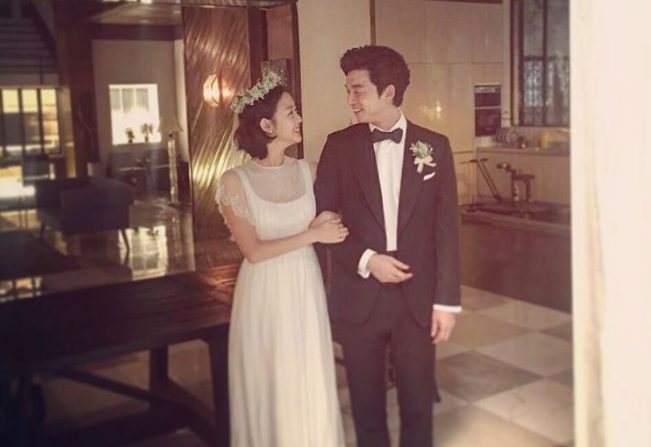 Actress Kim Go Eun shared a photo taken from the set of “Goblin” and her sentiments about the drama’s conclusion!

After creating a new Instagram account, the actress dedicated her first post to express her gratefulness after the successful series aired its final episode on January 21. Kim Go Eun posted a photo the next day and wrote, “I was happy and thankful. #Goblin.”

In the image, Kim Go Eun and Gong Yoo are dressed for their wedding scene in the drama. With Kim Go Eun in a simple and graceful wedding gown and Gong Yoo in a sleek tuxedo, the two link arms and gaze at each other happily.

According to Nielsen Korea, the “Goblin” finale recorded a viewership rating of 20.5 percent, setting a new record and earning the number one spot as the most watched cable television drama, a title previously held by “Reply 1988” with 18.8 percent.

Catch up with “Goblin” on Viki exclusively in Europe!

Kim Go Eun
Goblin
How does this article make you feel?