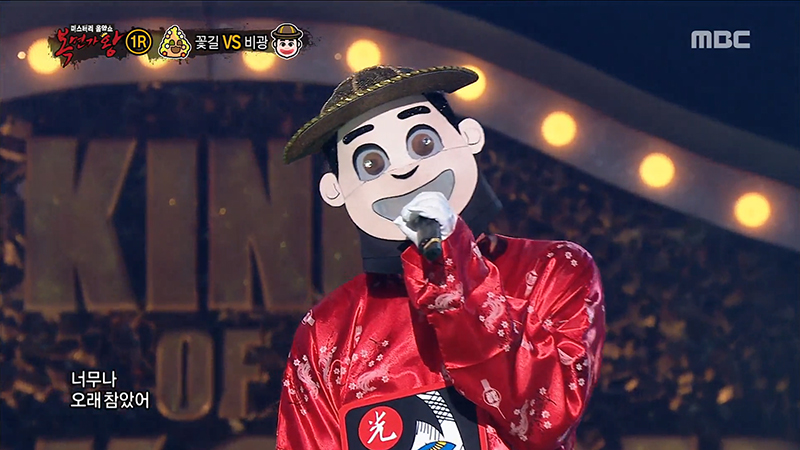 On January 22’s episode of MBC’s “King of Masked Singer,” contestant “Rainman” was revealed to be a popular male rapper. Recently getting his name out there with several variety show appearances, he surprised the panel and audience with his singing ability.

During the episode, “Rainman” competed against “Flower Road” in the first round with a duet. 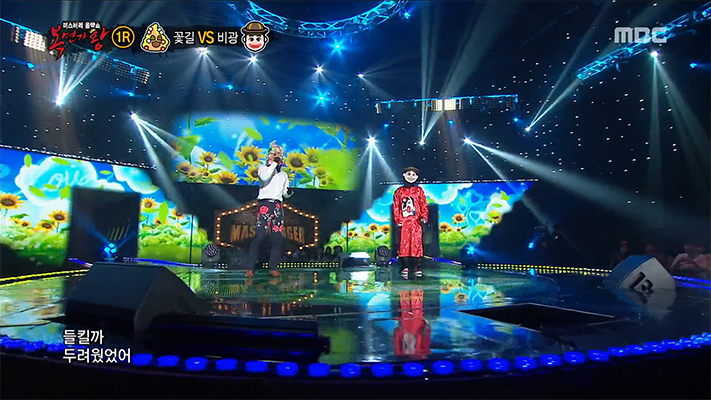 The two contestants sang Flower’s “Expressing Affection.” The two worked well together and gave a thrilling performance. In the end, “Flower Road” received more votes and advanced to the second round.

“Rainman” sang Toy’s “That I Was Once By Your Side,” for his solo performance.

In the middle of his song, “Rainman” removed his mask, and revealed himself as rapper DinDin! 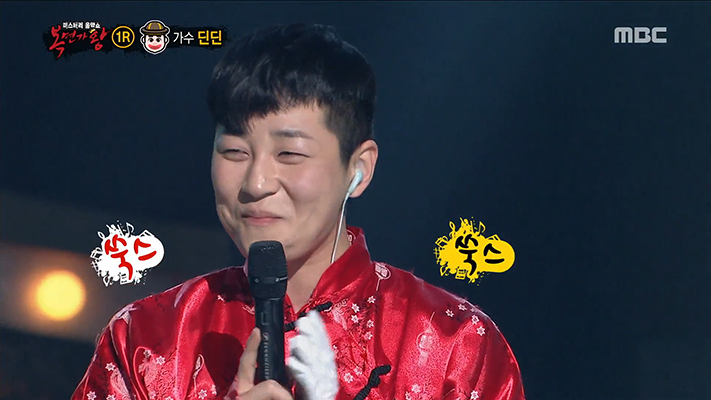 Impressed by DinDin’s exceptional singing, one of the panelists even asked, “Isn’t he better at singing than rapping?”

When asked to express his thoughts, DinDin said, “If I don’t introduce myself as a rapper, people assume I’m a comedian. I hear that I don’t take anything seriously. When I’m on a show, I have to bring laughter, so I never thought it was necessary to show my serious side. However, I wanted to show everyone how sincere I am when it comes to music.”

DinDin
The King of Mask Singer
How does this article make you feel?