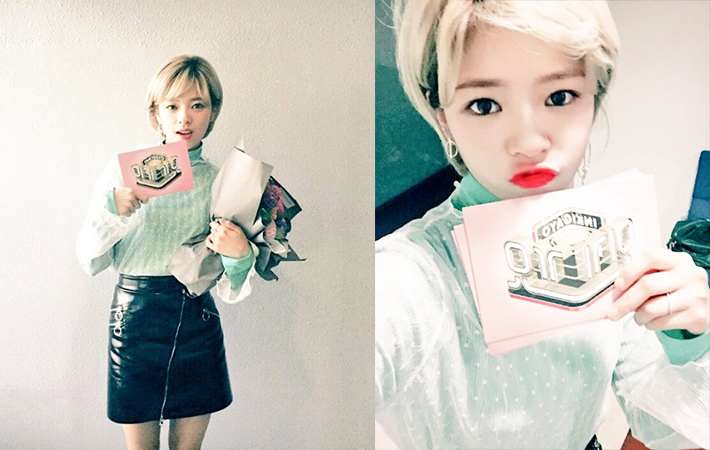 After successfully completing her duties as an “Inkigayo” MC, Jeongyeon took to Twitter to thank fans for supporting her run.

Along with two photos of Jeongyeon, TWICE’s official Twitter account also posted a message from her: “ONCEs, I want to sincerely thank you all for supporting ‘Inkigayo’ MC Jeongyeon after all this time. I will never forget the moments I shared together with ONCEs every Sunday! Thank you!”

Along with her sister, actress Gong Seung Yeon, and actor Kim Min Suk, Jeongyeon officially became an “Inkigayo” MC on July 3, 2016. The trio’s successors will be announced after the show’s break during the Lunar New Year holiday.

Check out the full episode of Jeongyeon’s last day as an “Inkigayo” MC below!

TWICE
Jeongyeon
Inkigayo
How does this article make you feel?