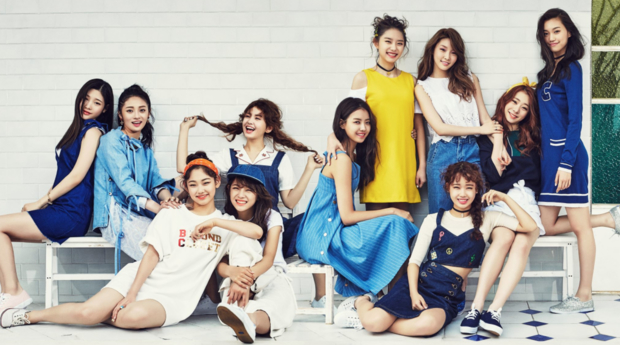 I.O.I Spends Bittersweet Last Night Together With Family And Staff

I.O.I’s final moments together were filled with laughter and tears.

After their last concert together on January 22, the members of I.O.I went out for dinner along with their families. They were also joined by employees of their agency, as well as staff members who helped form the group on Mnet’s “Produce 101” and beyond.

That day was meant to be a special day just for the members. Everyone got together to congratulate the members of I.O.I, who have been busy with group and individual activities. The managers who told some of the members to leave early because they had scheduled activities the next day were told off by their seniors. The general consensus was, “Just for today, leave them to do whatever they want to do.”

The night began with a samgyupsal (pork belly) party. The members who are old enough even had a few drinks. Lim Nayoung went around pouring drinks out for staff members to show her appreciation for them.

The families of the members also had a good time. Jeon Somi’s father had everyone laughing when he came with a bundle of health drinks for curing hangovers. Zhou Jieqiong’s mother and Kim Sohye’s father were also in attendance.

PD Ahn Joon Young of “Produce 101” and PD Won Seung Yeon of KBS’s “Music Bank” were also there. Won Seung Yeon gave I.O.I their first opportunity to appear in a music show run by one of the three major broadcasting companies. Han Dong Chul, the former department head of Mnet who headed “Produce 101,” was also there.

It finally came time for everyone to leave. All the members started crying as they headed for the door. There were some who cried as they said, “This is our last day together, and we couldn’t even watch a movie together because we’re all busy.”

This was where everyone else stepped in to help the girls out. They gave I.O.I permission to stay in the dorm rooms for one more night, except for a few members who couldn’t possibly cancel their scheduled activities the next day. Thus continued I.O.I’s last night together.

We’re sad to see them go but it’s so great to hear how everyone helped out to make sure I.O.I enjoyed their last moments together for as long as possible!