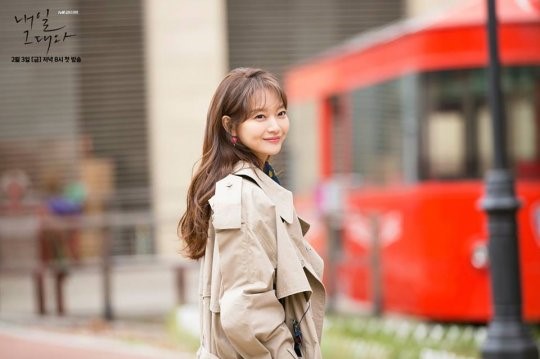 “Rom com queen” Shin Min Ah revealed that she relates to many aspects of her character, Song Ma Rin, in tvN’s upcoming drama “Tomorrow, With You.”

A press conference for the drama was held on January 23, and the topic of Shin Min Ah acting drunk for one of the teasers came up. The actress laughed and said, “90 percent of that acting is what I’m actually like when I’m drunk. My face gets red and I act really friendly with those around me.”

Though the time travel theme may make the drama seem like a fantasy genre drama, the production is said to be more of a romantic comedy. Shin Min Ah has played fantasy-based roles in projects like “My Girlfriend is a Gumiho” and “Arang and the Magistrate.” On her most recent role, the actress stated, “I think it will be different from my other roles because she’s a character who could exist in reality.” 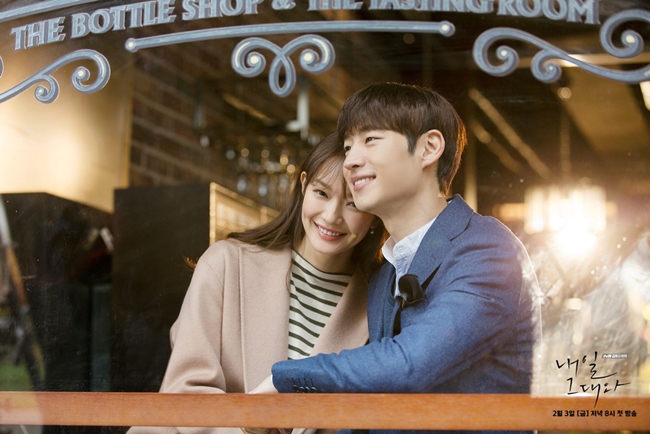 Shin Min Ah also stated that she can somewhat relate to her character’s backstory. Song Ma Rin was once a child actor, who was slowly forgotten and even bullied as she grew up.

The actress said, “Though I can’t completely understand how Ma Rin feels, I can relate to her because I also started my career at an early age. I’ve experienced firsthand the slump she goes through and the pain she feels, so the character isn’t unfamiliar to me.”

“Tomorrow, With You” is set to be the follow-up to “Goblin” and will begin airing on February 3 at 8 p.m. KST.