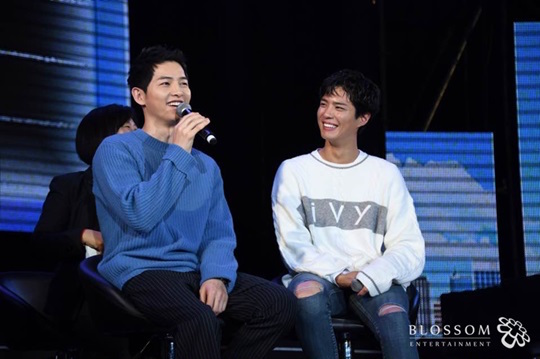 Who could possibly forget one of the most memorable moments of the 2016 KBS Drama Awards?

Joined by 4,000 people in the audience, the actor expressed his happiness at being able to return to the first place he held an international fan meeting. He interacted with his fans through various Q&A sessions, several fun activities, and much more, all while looking adorable with his signature bright smile. 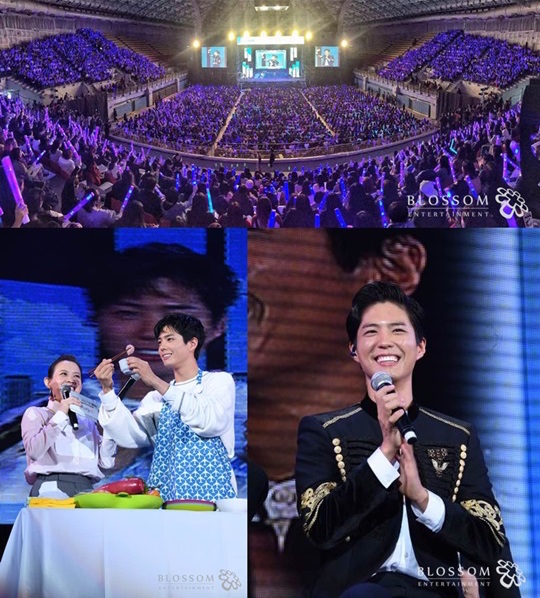 That wasn’t all, as a special guest awaited everyone. In order to support his junior and one of his well-known best friends, Song Joong Ki made an appearance during the event.

To finally quench everyone’s curiosity, Song Joong Ki explained why he was crying in the audience when Park Bo Gum was accepting his Male Top Excellence Award at the 2016 KBS Drama Awards.

“I was happy about [Park] Bo Gum winning, but I also recalled all the worries he had about acting before the production [‘Moonlight Drawn by Clouds‘] began. I also remembered what it was like when I won the same award five years ago,” he confessed.

Meanwhile, Park Bo Gum explained why he often discussed such matters with his friend and thanked him, saying, “[Song] Joong Ki is a senior who gives me the most advice about acting.”

The two Blossom Entertainment label mates not only talked about their “bromance,” but also proved their words with actions through games like where they had to draw each other’s portraits.

This is definitely a friendship that will last!