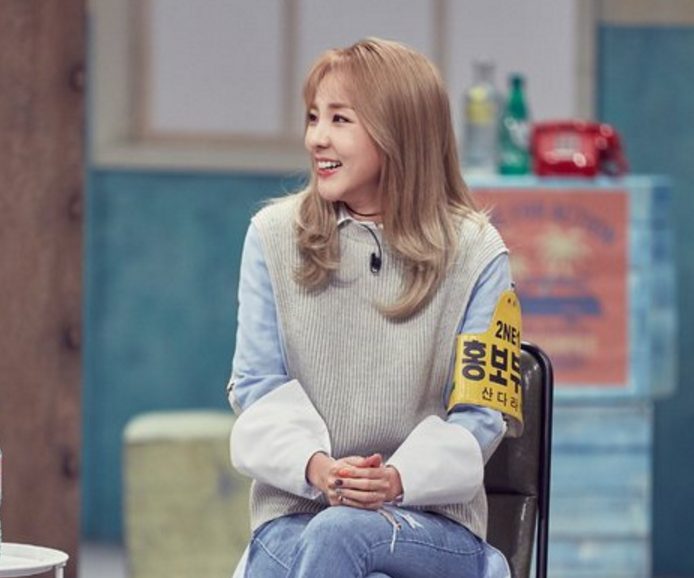 The singer talks about the dating rumor on the upcoming episode of JTBC’s “Talking Street” (tentative title).

During the recording of the episode, MC Haha says, “There was recently a dating rumor surrounding you and G-Dragon. Congratulations.”

In response, Sandara Park gave a full-account of the story, saying, “After the BIGBANG concert, I went to the follow up event. But it was so crowded, so we went outside like that as part of a concept. I had no idea that articles would come out the way they did. In the company, they made fun of me, saying that G-Dragon put me in a headlock.”

She then emphasizes her position on the dating rumor, saying, “I don’t date within the company.”

Yoo Hee Yeol adds, “I’ve been to those kinds of sites a lot so I know. In those moments, it’s really chaotic.”

Meanwhile, Sandara Park will be appearing on the show alongside Seo Jang Hoon and writer Im Kyung Jin on January 25.

Sandara Park
BIGBANG
G-Dragon
How does this article make you feel?