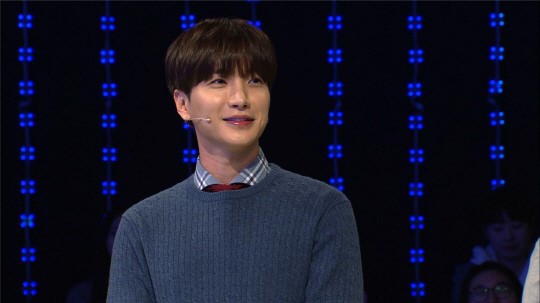 Super Junior’s Leeteuk will be addressing his thoughts about marriage on the upcoming episode of “1 vs. 100.”

During the show, Leeteuk becomes honest about marriage, saying, “Since I became a trainee when I was in high school and I’ve been doing this career for so long, I don’t think I got to enjoy my life very much. I want to enjoy it a bit more. People around me say that there is no need to hurry, so I want to [get married] sometime in my late 30s or early 40s.”

The MC then asks, “Which [Super Junior] member do you think will get married last?” to which Leeteuk replies, “I think Kim Heechul will be the last one to get married. Heechul feels like a free-spirit, so even the idea of him getting married to someone doesn’t match him very well. I feel like Heechul will still say ‘Nico Nico Nii’ when he’s in his 50s and 60s.”

Do you agree with Leeteuk’s choice?

Super Junior
Leeteuk
Kim Heechul
How does this article make you feel?