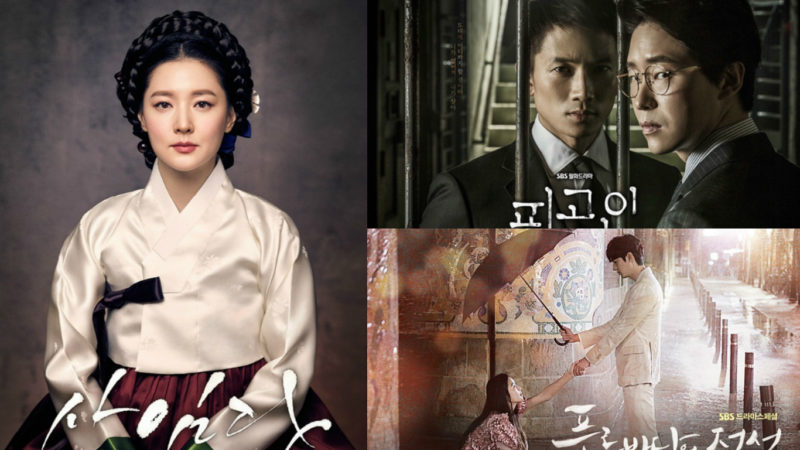 Double roles are the new popular theme in Korean dramas!

“The Legend of the Blue Sea” is one of the dramas that made the double role set-up popular. Jun Ji Hyun and Lee Min Ho skillfully took on the roles of Se Hwa and Dam Ryung, who live in the Joseon era, and Shim Chung and Joon Jae, who live in the present.

Likewise, the new dramas “Defendant” and “Saimdang, Light’s Diary” are expected to continue the craze for double roles.

First, in “Defendant,” actor Uhm Ki Joon plays the roles of Cha Min Ho, who is Cha Myung Group’s evil vice-chairman, and Cha Seon Ho, who is his older twin brother. Uhm Ki Joon will put his skills to test as he portrays the two twins who are complete opposites of each other.

The actors of “Saimdang, Light’s Diary” also play double roles, owing to the fact that the drama goes back and forth from the Joseon era to the present. The drama is expected to entertain viewers in a way that contrasts with “The Legend of the Blue Sea” in that the double roles’ personalities are polar opposites.

A source from SBS explained, “You will be able to check out the actors’ outstanding skills, and the fun will be twofold when you watch dramas with double role characters. One tip when watching these dramas is to try to figure out the secrets behind these characters.”

Also check out the trailer for “Saimdang, Light’s Diary” below!

The Legend of the Blue Sea
Defendant
Saimdang Light's Diary
How does this article make you feel?