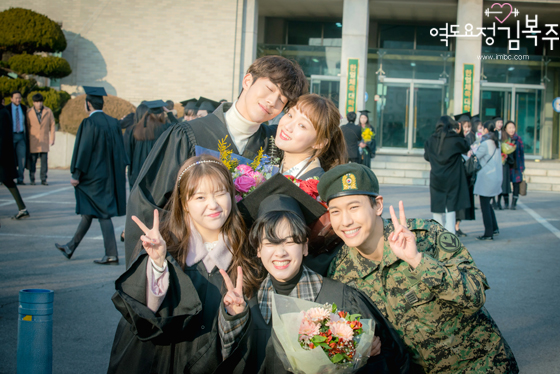 On January 25, the actress posted a picture of the cast and crew on her personal Instagram account with the caption, “We went to Jeju Island to have fun. I love our team #WeightliftingFairyKimBokJoo.”

Meanwhile, co-star Ji Il Joo previously posted a picture of the cast traveling to Jeju Island for a vacation.

The cast and crew of MBC’s “Weightlifting Fairy Kim Bok Joo” recently went on a trip together. 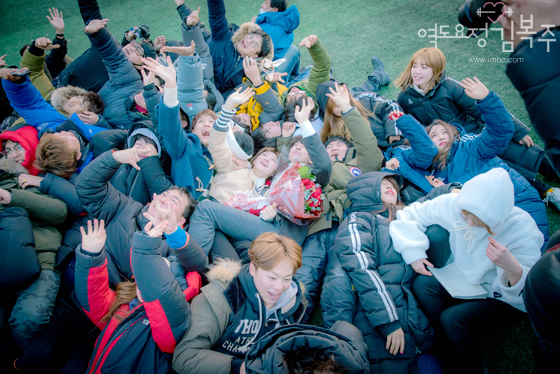 On January 24, a representative of Nam Joo Hyuk’s agency confirmed the news and said, “Cast members including Lee Sung Kyung, Nam Joo Hyuk, and Ji Il Joo, as well as the the director and staff went to Jeju Island last week.”

This source added, “Because the cast and crew had such a tight friendship as a team during the drama, the people who were free decided to go on the trip together.”

Though it was not a paid vacation, the “Weightlifting Fairy Kim Bok Joo” team wanted to go on the trip to continue their friendship.

Ji Il Joo posted a photo he had taken during the trip on his personal Instagram account. Along with the caption, “‘Weightlifting Fairy Kim Book Joo,’ I enjoyed our Jeju Island trip,” the photo shows Nam Joo Hyuk, Lee Sung Kyung, Ji Il Joo, and Jo Hye Jung in an airplane together.

We hope they had a fantastic trip!

If you haven’t watched it yet or want to rewatch it, you can start below!