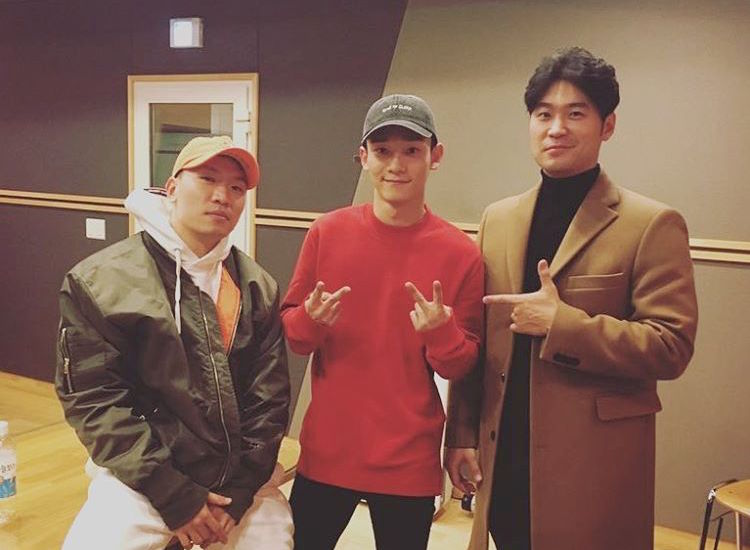 Highly praised by many listeners, the collaboration between Dynamic Duo and EXO’s Chen is a touching song that provides comfort and strength for those who need it.

Reflective of the praise, their track “Nosedive” marked first place on six major digital music charts after it dropped on January 24, despite the fierce and long-lasting competition from “Goblin” OST releases.

During a recent interview, Dynamic Duo commented on the single’s success, and talked about the inspiration behind it.

“It’s a track I produced while thinking about encouraging myself. The process of writing these lyrics and recording this song was a huge source of comfort for me,” Choiza explained.

Even before it came out, many people were curious to see how this mix of artists would play out, with both greatly acknowledged as some of the best in their respective fields as a hip-hop duo and idol. Notably, both parties previously named each other as artists they’d want to work with in the future, which makes this collaboration even more meaningful. Chen particularly expressed his excitement at being collaborate with seniors he admired for so long.

Gaeko complimented Chen, and how his addition helped elevate the overall encouraging message of their track. He expressed how the singer’s clear voice ringing out in the song makes it seem like Chen is reassuring the “tired” rappers. “I was really happy that a song we’ve had sketched out for a while now could finally be released to the world,” Gaeko added.

“Nosedive” is only the first part of a project between Dynamic Duo’s agency Amoeba Culture and Loen Entertainment. Named “Mixxxture,” it aims to bring people from different genres together to release meaningful music.

What are your thoughts on Dynamic Duo and Chen’s beautiful single?

EXO
Dynamic Duo
Chen
How does this article make you feel?