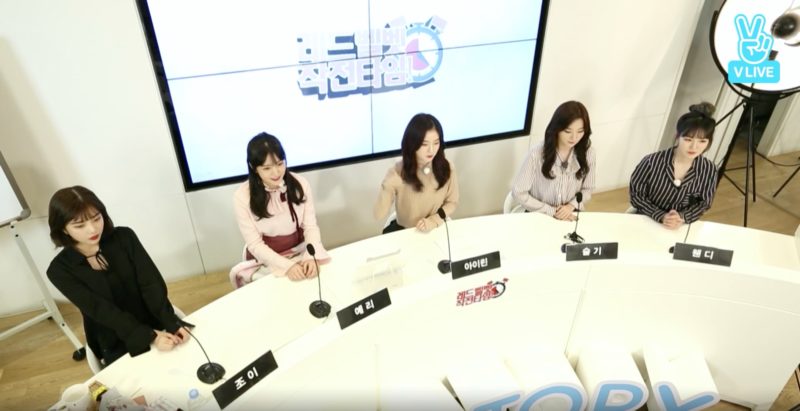 Irene started off announcing, “We are making a comeback on February 1 with mini album “Rookie, ” and Joy continued, “You can look forward to an energetic performance from us.” Yeri also revealed her hopes this year to receive more awards than they did last year.

Moving on to the core part of the show, Wendy explained, “We’re going to have a time-out to prepare for a successful comeback, “and they had three fun strategies to implement during the show: using social media, preparing a perfect performance, and showing teamwork.

To make use of social media, Yeri and Wendy suggested that they update their official social media with everyone’s selfies and with pictures of them practicing. To do something more special, they spent the next few minutes creating short clips for fans to make gif images out of. 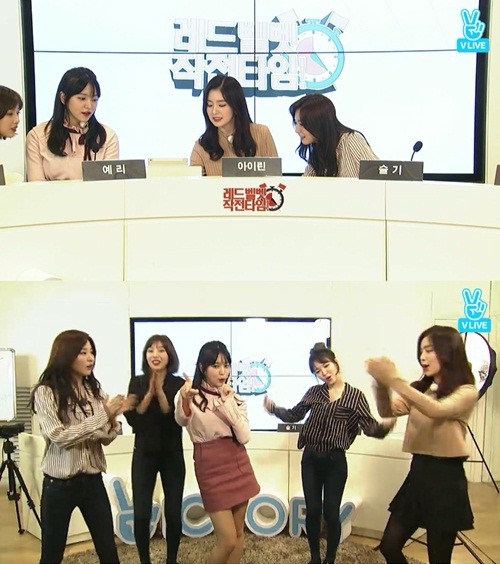 Next, the members challenged themselves to make their choreography “magically” fit with any song. Though they struggled in the beginning, they successfully matched the choreographies of “Russian Roulette” and “Dumb Dumb” to songs like SHINee’s “Dream Girl” and EXO-CBX’s “Hey Mama!”

Lastly, to further improve their teamwork, they tried acting as if they were another Red Velvet member by copying their gestures and habits. 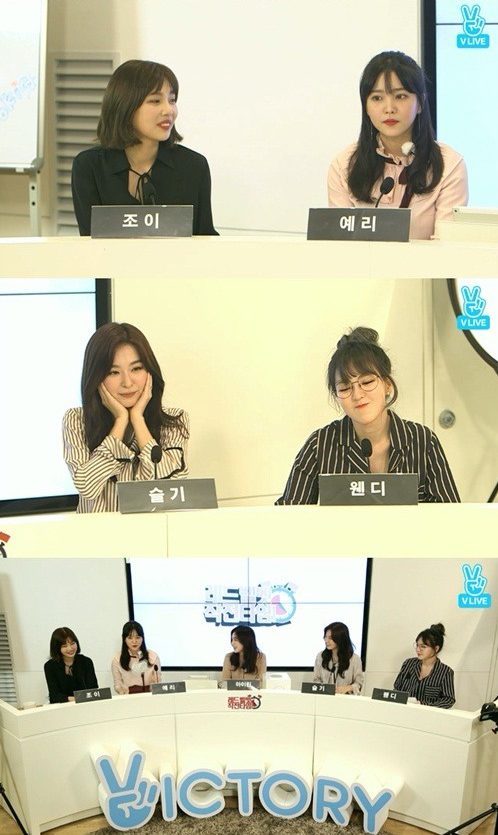 Wrapping up the show, Red Velvet expressed, “It’s been a while since we had so much fun together. We had a great time, and we hope there will be more opportunities to do things like this after we comeback.”