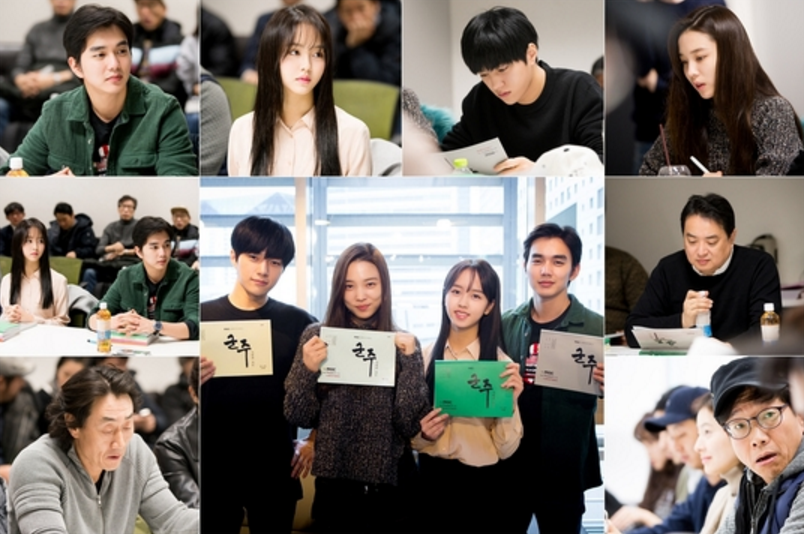 MBC’s upcoming drama “Ruler: Master of the Mask” (working title) has released photos of the cast and crew during their first table-read.

Yoo Seung Ho makes his anticipated return to the sageuk world as crown prince Lee Sun, while Kim So Hyun will be starring as the bright and strong Lee Ga Eun. INFINITE’s L stars as Lee Sun, a commoner who belongs to the lowest social class in Joseon. This is set to be L’s first sageuk role. Yoon So Hee will be playing Kim Hwa Goon, a woman who falls in love with the crown prince at first sight.

Meanwhile, MBC’s “Ruler: Master of the Mask” tells the story of crown prince Lee Sun’s righteous struggle against an organization that gained extreme power and wealth through its privatization of water throughout the Korean peninsula. It is planned to air in May.